Color My World with Art and Science

At the intersection of art and science we discuss color and what it is.

What color is the cherry blossoms that bloom so vibrantly in the spring along the Tidal Basin in Washington, DC? Does that depend on the time of day? Are they different at sunrise, midday, sunset and at night?

What is the true color?

According to internationally renowned lighting designer Chou Lien, architect of the lighting design for the Statue of Liberty in New York, the Petronas Twin Towers in Kuala Lumpur and Taiwan’s Chi-mei Museum, color is driven by light. 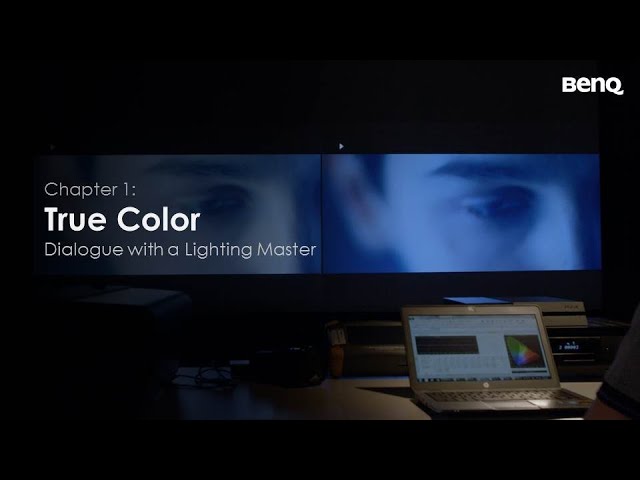 Creating mood and emotion with light and color is an artform. Designers like Chou and film makers understand this. Directors, producers and colorists use a spectrum of color to touch our hearts and minds to create experiences that move and inspire. Who can forget the use of red in the black and white film Schindler’s List? Spielberg focuses our attention on a little girl in a red coat, wandering amidst the chaos of the Nazi roundup of Jews in the Krakow ghetto. The director explained the child represents the innocence of the Jewish people, and this strikes a mighty blow when we see her the last time, after she’s met her tragic end, along with so many others.

The Art and Science of Color

Steven Spielberg was very definite in the use of color in Schindler’s List. He made the film monochromatic but chose to interject color in only four scenes to create the maximum impact.

How is Spielberg’s vision reproduced in the cinema and at home? The answer lies at the intersection of art and science, of the heart and the mind. BenQ 4K projector technology ensures our single, over-arching goal for all our projector products is met: Accuracy.

BenQ projectors harness the power of light to create a dialog with the hearts and minds of the audience. We pursue the truest, most authentic image so the story comes across just as the director intended.

The heart of the image in over 90% of the world’s cinemas is DLP, and it is the core of BenQ projectors. This Texas Instruments technology enables the director’s dream to appear on the silver screen. The foundation of a great projector is to be able to accurately and faithfully reproduce the original image. This pursuit of excellence led to the founding of the BenQ Color Lab in 2015.

“We wanted to create a company-wide color DNA. With the establishment of the BenQ Color Lab we created a unified visual platform for all of our products.”

Each film or television program has its own distinct visual world. Movies like Marvel Studios’ Avengers: Endgame and the HBO blockbuster series Game of Thrones use color in such a way that it virtually becomes a character. The Hulk’s green skin, Iron Man’s red armor and Captain America’s blue uniform define the characters and the people within. The frigid hues of Winterfell and the sun-drenched tones of King’s Landing in Game of Thrones set a mood unique to each location.

The foundation for precise, accurate color in BenQ projectors is built with the Color Lab developed proprietary algorithms that enable stable and precise color tracking. Hue, saturation, color temperature and brightness are controlled across the entire color gamut (color range).

Even with all the technology the industry can muster, people still see colors differently. The challenge was to create a standard where this variation of perception was artificially minimalized.

Consider coffee. It all starts with the same green coffee bean. There are many ways to roast and grind them, and a bevy of brewing styles can produce variations in flavor and strength. The same is true for human eyes. A hundred people can look at a red apple and they would describe its redness in different terms. Is it Red Delicious red or Macintosh apple red? Take a bite and it still tastes like an apple. (Granted people would have opinions on taste, but that’s not the sense we are talking about here.)

The toughest, most demanding standard in the industry was created by THX, the California company founded by film maker George Lucas in 1983. The THX Cinema Certification was originally created to grade the overall cinematic experience at the movies and was later applied to home theatre projectors.

Reproducing each program as it was intended to be seen is the mission of BenQ Cinematic Color™. Authentic and true is the guiding philosophy and resolve behind the BenQ brand, to reproduce what Spielberg, Lucas, and in regard to the cherry blossoms, nature intended you to see.