The Car and Christine Take Halloween Home Cinema for a Spin

Haunted machines have always intrigued people. There’s something inherently creepy and mysterious about devices that seem to work on their own, and it’s easy to imagine that they have personalities. Maybe they do! Also, as machines become ever more sophisticated and smart, that feeling of them having a spirit becomes stronger. After all, a car is far more complex than a carriage pulled by horses, and one sometimes wonders about all the seemingly magical engineering that goes into making our machines purr.

This Halloween, treat yourself to the two most prominent movies ever made about possessed, demonic, and utterly evil cars. One is luckily available on excellent 4K Blu-ray, while the other is accessible on 1080p Blu-ray in good quality. Both will provide you and your friends and family a great time for Halloween, balancing some harrowing automobile action without being too gory or scary.

Let’s take a closer look at The Car and Christine in this vehicularly-themed Halloween special.

Made in the summer of 1976 in southern Utah, The Car was produced by Universal following the blockbuster success of Jaws. The studio executives explicitly wanted a horror movie with a car instead of a shark. While expecting a quick payday, they inadvertently created a cult classic. The Car features a mysterious and decidedly gorgeous custom vehicle built on the chassis of a Lincoln Continental especially for this movie and is also famous for capturing the desolate but beautiful landscapes of the region it was made in. Additionally, The Car is noted for having one of the best villains in motorized history. The titular car has no reason for terrorizing a small town other than apparently enjoying it. It’s confronted by sheriff’s deputy Wade Parent, played by James Brolin, police officer Luke (Ronny Cox), and school teacher Lauren (Kathleen Lloyd). No one is safe from The Car, no matter how many police cruisers and guns try to stop it. But it must be stopped.

The Car is remembered fondly for many reasons, including the excellent sound effects, the custom-built star vehicle, and several physics-defying automobile stunts. If you enjoy scares and like cars, this is a must-watch, and it looks great on a good home cinema projector.

Get The Car on Blu-ray

In one of the fastest book-to-movie turnarounds ever, Christine was released as a movie just eight months after the original Stephen King novel came out. Unlike The Car, this was a much bigger production, releasing at the height of the early 1980s action-horror, a high school-themed craze that followed the success of Halloween, also directed by John Carpenter.

Also unlike The Car, Christine is much easier to spoil if you haven’t seen it yet or read the book. Yes, it’s a haunted car movie, and yes, there are definite elements of horror. But again, it’s not too mature, with only the language being a bit rough for younger audiences as it does feature quite a lot of adult expletives.

As for cars, there are several very nice ones in this movie, but Christine is clearly the star. She’s a 1958 Plymouth Fury that apparently wasn’t really made in a factory, or if she was, something went terribly wrong along the process. But 20 years after rolling off the assembly line, Christine meets socially awkward Arnold Cunningham (Keith Gordon), who immediately falls in love with the car and takes it upon himself to restore her to glory. Despite objections from his best friend (John Stockwell) and girlfriend (Alexandra Paul), Arnold forms a close and unhealthy bond with Christine that totally changes him. And then people that Arnold doesn’t like begin suffering terrible accidents.

The 4K Blu-ray version of Christine is by far the best one released to date, coming out in 2018 for the movie’s 35th anniversary. This version may no longer be in print so we recommend you get your hands on it as soon as possible if you’re interested. It’s far better than any streamed version out there.

Get Christine on 4K Blu-ray

We hope this Halloween you’ll have lots of fun, no matter which movies you decide to watch, as long as you watch them in the best way for you. We think a great home cinema projector is that way! 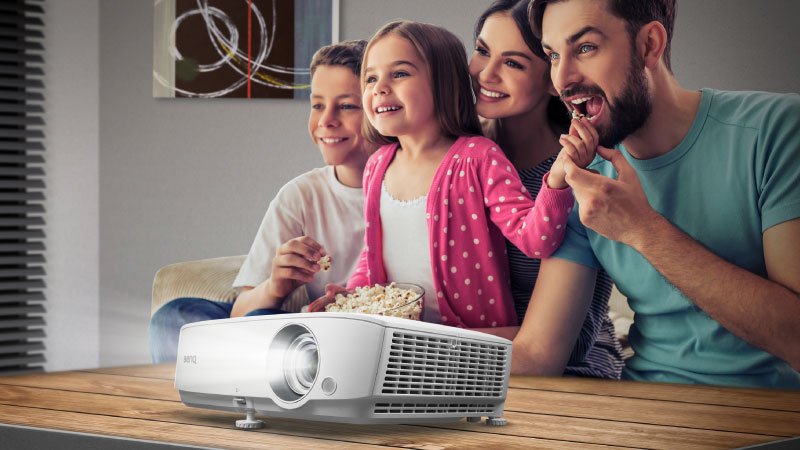 How to Choose the Perfect Home Theatre Projector

How to Choose the Perfect Home Theatre Projector ›

Ghost projection on the screen 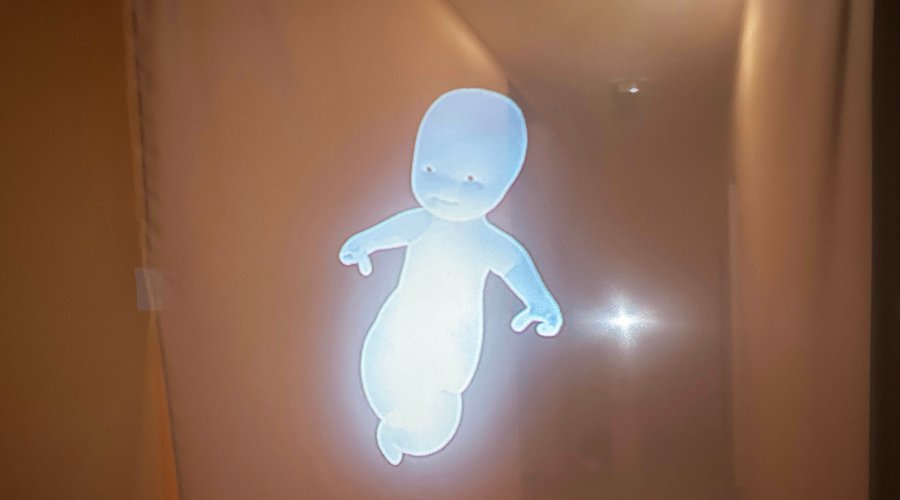 How to Put Up Digital Halloween Decorations with a Projector

How to Put Up Digital Halloween Decorations with a Projector ›

Portable projectors make Halloween creepier than ever thanks to the magic of digital decorations that are easy to put up and very effective at making everyone laugh or scream. 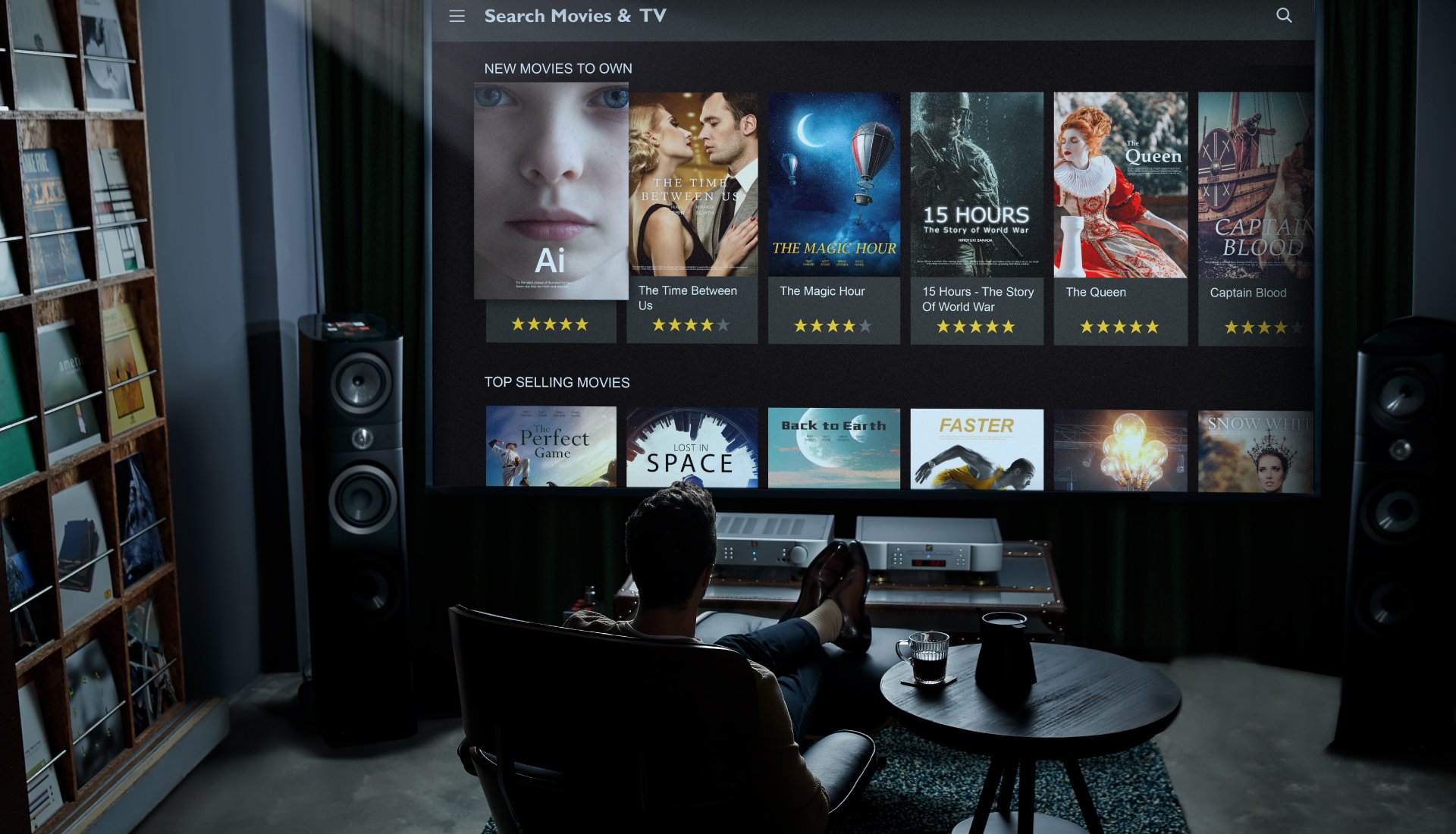 The London Film Festival, organized by the British Film Institute, is always a good place to find new and interesting independent movies to watch. This year was no different, and with a great home cinema projector you can get a big screen experience for these movies right at home.

Projector for Blu-ray Movies and Streaming 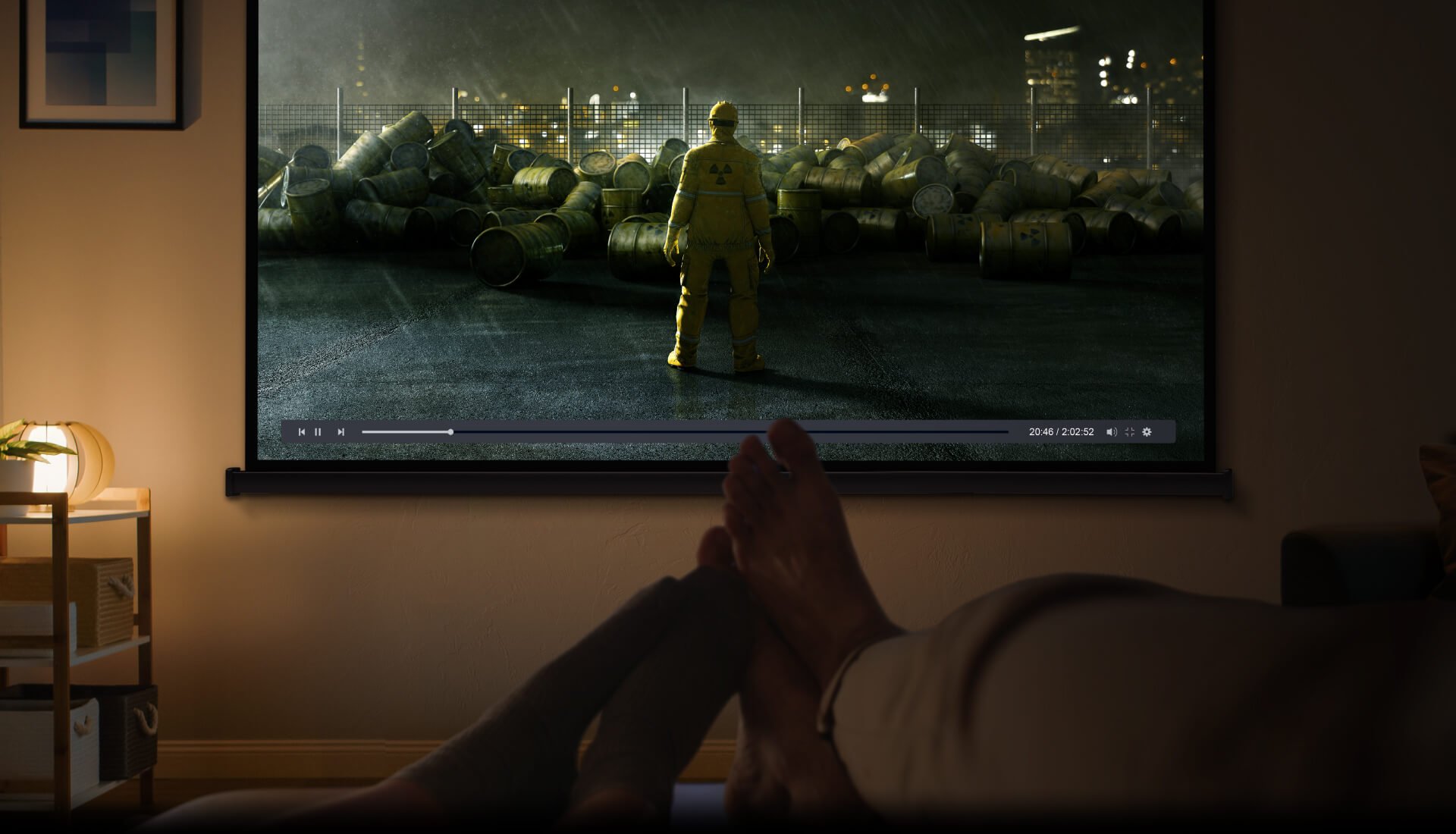 Projector or TV for Blu-ray Movies and Streaming?

Projector or TV for Blu-ray Movies and Streaming? ›

If you’re weighing the pros and cons of a projector versus a TV for 4K movies and digital content streaming, we have a few points we’d like to highlight. Projectors win hands down in cost per inch, offering massive screen for less money, with more viewing comfort. Read on to learn more.