One big trend that emerged from E3 2021 is that game streaming remains the focus of future plans at most of the video game industry’s leading players. Despite floundering in a rough start since the late 2000s, game streaming has made progress and seems to have firm support, especially from Microsoft, who appear interested in making Xbox a possibly hardware-less brand and service in the not so distant future. If you’re looking into game streaming on a cinema-class screen, say 120” in size, only gaming projectors do that. And it’s not a coincidence that gaming projectors have recently reached parity with TVs in terms of input lag and smart features. With integrated high speed Wi-Fi and Android TV, a good gaming projector has the response, compatibility, and connectivity to make game streaming services really shine.

What is Game Streaming?

As of summer 2021, nearly all games on PC and console are downloaded to local storage, or purchased on disc and then installed. Gamers need to have sizeable storage space on local hardware to fit all their games, but the upside is that there’s almost no buffering or delay because content is accessed locally. And with ever-faster SSDs in a growing number of cases. With games stored right on the device that’s playing them, latency, lag, buffering, and loading times are at their absolute possible minimum. This is how games have been played since the video game industry started. However, the downside is becoming also increasingly obvious. Game install sizes keep getting bigger, with many titles going over 100GB. Games also require frequent large updates, which don’t always work in the background as intended, leading to downtime.

Game streaming aims to revolutionize gaming just as video streaming totally changed movies and TV. With game streaming services, you don’t need anything other than an internet connection, a streaming account, a screen, and a controller. There’s no local storage necessary, and you don’t need to buy a costly PC or console. You just log in to your streaming account and the games run off remote hardware that’s supposed to be powerful and fast enough to deliver a seamless experience.

Of course the biggest concern is internet connection speed. You should aim for 200Mbps or more available just for your game streaming, even though most streaming services recommend far less, usually 50Mbps. We think that’s overly conservative, but it could work. The faster your connection, the better. Keep in mind fast internet doesn’t do anything for latency. That’s the distance between you and the server the games run off. This is simple physics, with light speed being the fastest you can go. So if the server is on the other side of the planet, expect latency around 200ms. If you’re right down the street from the server, then latency drops to single digits. In other words, find a service with servers in your region.

The next big ticket item on the list is a display device that can work with game streaming services. For big screen gaming, you need a projector with Wi-Fi and Android TV. Why Android TV? Because GeForce Now, Microsoft Xbox Cloud Gaming aka xCloud, and Google Stadia work with Android or its related Chrome browser, and they’re the most mature game streaming services around. Amazon Luna is starting to pick up, but is still in its early stages. Between all of these you can access hundreds of games through the cloud, including very recent AAA releases.

You will also need a game controller, with the two most common archetypes in use being the Xbox One controller and its Xbox Series successor, plus the PS4 and now PS5 controller.

And then there’s the ideal projector for big screen game streaming.

Running at a native 1080p 120Hz, the X1300i also accepts 4K video and has HDR10 plus HLG. Note the 120Hz, with a total input latency of just over 8ms. That’s basically zero, and not noticeable. You don’t want a laggy display, because with game streaming latency matters. You may run into lag on the streaming side, and if your display is a basic 40ms TV, that compounds the problem.

But none of that with the X1300i, which also has pre-loaded Android TV and Wi-Fi to accommodate your game streaming service of choice. And that’s directly from the projector, with no dongle or casting device needed. A very simple setup, actually, but one that gets the job done very well.

The X1300i’s native 1080p with HDR is important and needs to be emphasized. While all game streaming services tout the target of 4K 60Hz with HDR, in reality that’s a bit too much for the internet at the moment and will remain a challenge for streaming services for the next few years at least. There’s just a lot of data to send all over the world for games to be responsive in 4K. However, dialing the resolution down to 1080p with HDR results in a smooth experience at 60 frames per second at minimum. With the X1300i you’re covered up to 120Hz. By our estimation, 1080p 120Hz will be a sweet spot for game streaming for a long time to come. And since the X1300i is native 1080p there’s no need to upscale or downscale or otherwise adjust anything. Every pixel where it should be!

There’s no doubt that game streaming will become the norm, even if it takes another decade or more. Also, there’s no denying that local hardware will always offer the most responsive and high detail experience, because of physics. Now and into the future, streamed versions of games need and will continue to need to make sacrifices, primarily in resolution and graphics settings. But the tradeoff is undeniable. You get the same games with none of the hardware costs or lengthy downloads and installs. And with a projector like the X1300i, you also get to experience gaming on a massive screen rather than your 13” laptop. 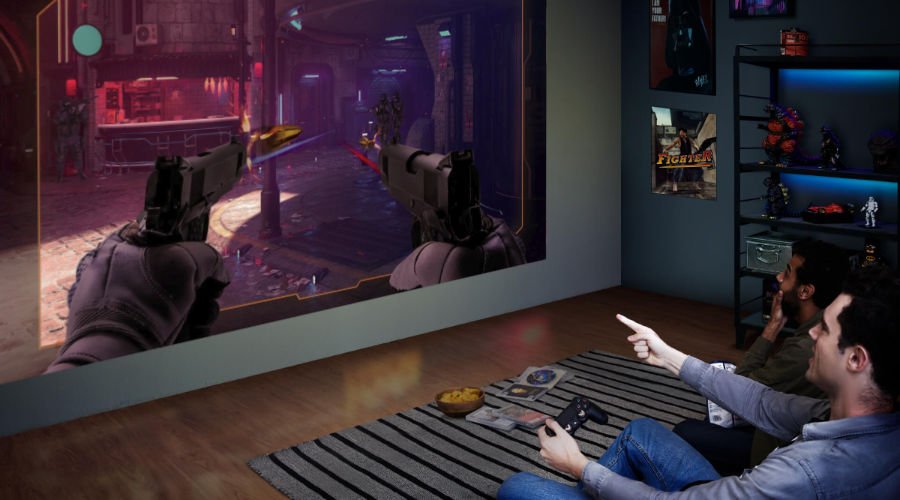 New gaming projectors like the BenQ X1300i and TK700STi offer high performance, big screen experiences for first person shooters like Call of Duty that leave TVs lower in the leaderboard 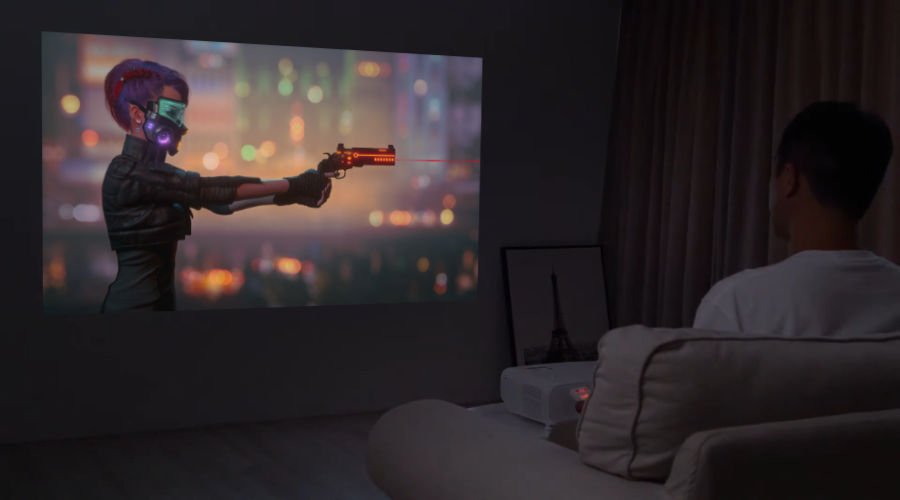 From Refresh Rate to Brightness: Things to Look for in a Gaming Projector 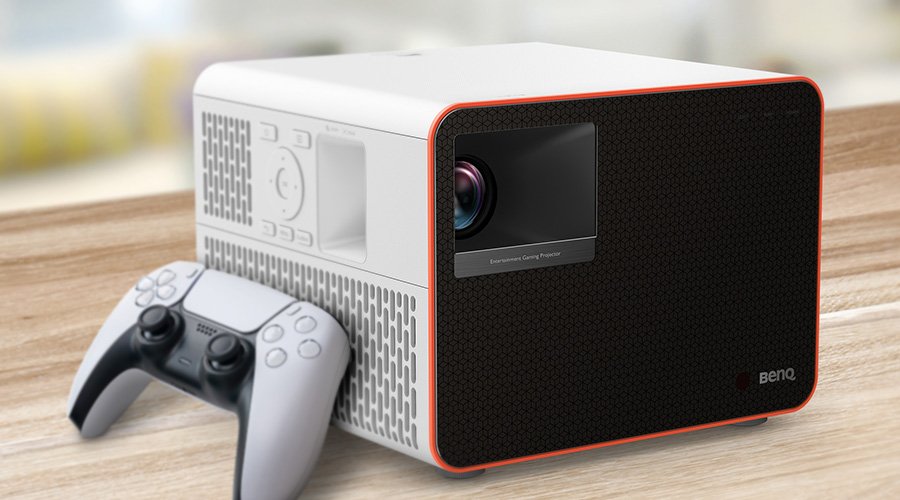 From Refresh Rate to Brightness: Things to Look for in a Gaming Projector

From Refresh Rate to Brightness: Things to Look for in a Gaming Projector ›

Do projectors support gaming consoles? And to what degree? Why refresh rate is crucial for a gaming projector? What other specs should I pay attention to?

Do Gaming Projectors Have 120Hz 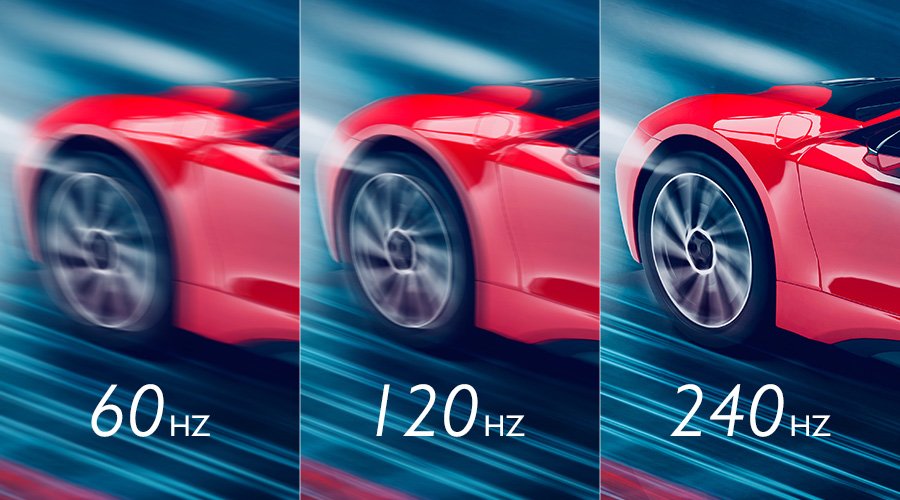