Why Outdoor Projectors for Camping and How to Pick the Best Ones?

Put a fresh spin on your camping with an entire dimension of entertainment thanks to portable projectors designed specifically for outdoors use. You don’t have to give up traditional fun camping activities like chatting by a fire, roasting marshmallows, or reading. But you can certainly supplement and upgrade them with movie and TV marathons, even gaming – all thanks to a portable camping projector. Didn’t occur to you? Well, we aim to serve.

Portable projectors make camping and road trips much more entertaining, and yes, they bring a taste of home with you on the road. Or maybe to your backyard if you can’t get away and instead opt to go the staycation route. Portable projectors are compact, light, have rechargeable batteries, and double as Bluetooth speakers. They’re also designed to withstand the elements, with good water and shock/drop resistance. If you’re not sure how to pick the right portable projector, read on.

Look for These When Picking a Camping Projector

While having a movie night out in the wild and under the stars definitely elevates your camping to the realm of glamping, it doesn’t come at the expense of getting in touch with nature or doing something different from your routine. It’s not like you have to use the projector, but trust us, unless you’re really committed to wilderness living long term, a portable projector will bring a much-needed flavor of comfort to your experience. So we’d say you need one on your camping “to get” list, not far down from smartphone and flashlight.

Specifically, your ultimate portable projector for camping, glamping, or staycations should have the following.

- Compact dimensions and reasonable weight: you don’t want a bulky device that’s impossible to pack and that’ll slow you down. Products like the BenQ GS2, and the GS50 fit myriad high end features in just over three pounds. Don’t go for heavy projectors that you’ll regret having to lug around.

- Bright: displaying outdoors demands good projection power, so check that your choice has the ability to deliver 500 lumens or more.

- Battery life: what’s the point of a portable projector if it has no internal battery and thus depends on a clutter-inducing external power source? Or a tiny battery that runs dry mid-movie or game session? No, you need at least 2.5 to 3 hours.

- Resolution and contrast: look at specs carefully. The GS2 has 720p native, and the GS50 has 1080p native, which is ideal for outdoor viewing distances. You don’t need 4K for that, but 480p may be too low. Contrast goes to an impressive 100,000:1 native, but then great contrast is a hallmark of projectors in general.

- Connectivity: modern life means you’re never really off the grid. Positive or negative, that’s up to your interpretation. Either way, a good portable projector offers Wi-Fi and Bluetooth for hooking up with the internet and your personal devices. That’s effectively a smart projector.

- Elemental protection: touched on above, but not to be overlooked. If you’re outside, there’s a good chance the projector may be exposed to water or fall to the ground or something. Products designed with that in mind offer hardened shells and fortified internals to resist shocks and prevent water-caused damage.

The Show Gets Going

Now that you know what to look for in a portable projector, what are you waiting for? The open road beckons, whether you have a camper van, RV, or a regular car. Don’t let a good camp site go idle, and make sure to have a great time.

Buyer`s guide to portable projector surrounded by icons of important features to consider. 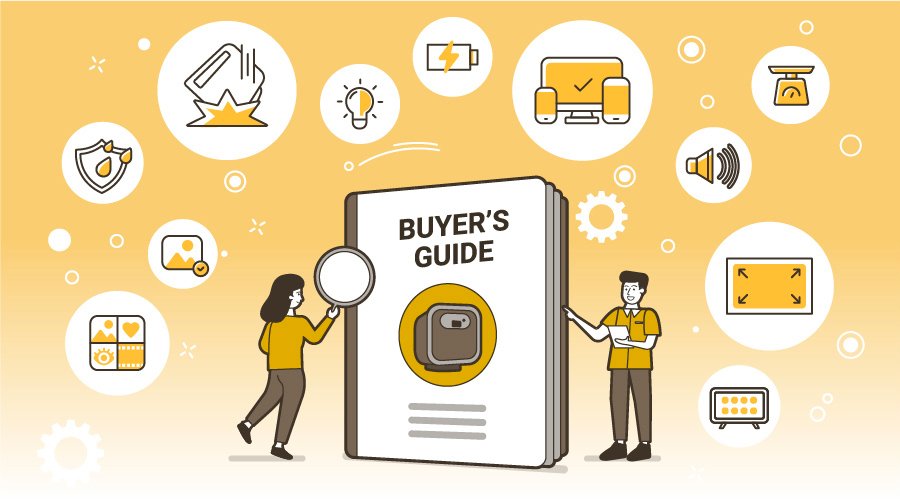 Ultimate Portable Projector Guide 2021 and Everything You Need to Know

Ultimate Portable Projector Guide 2021 and Everything You Need to Know ›

When choosing a portable projector, there’s a lot more to keep in mind than just a compact and light design. We present the ultimate 2021 guide for portable projector shopping, highlighting lots of interesting points that people often overlook, like brightness, battery life, durability, and smart features. Take a look. 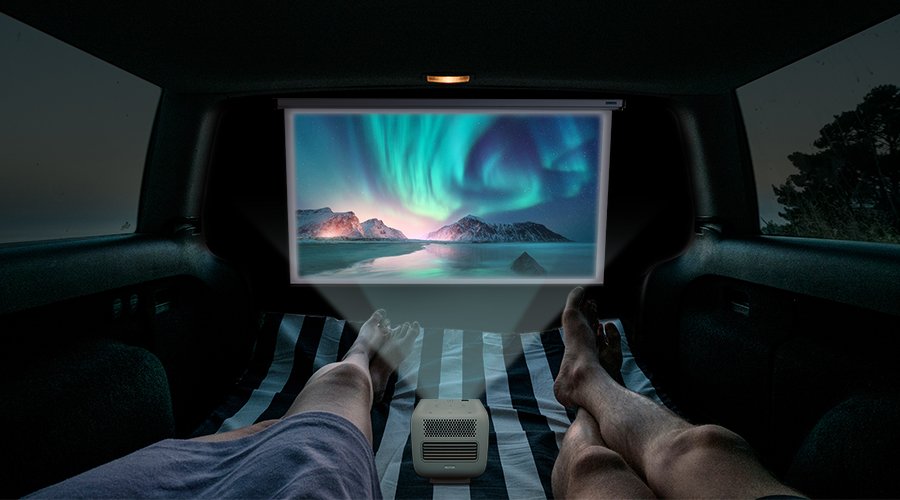 Long road trips in a camper van or RV are a lot more fun when you’ve got good entertainment taken care off. From portable projectors through tablets to game consoles and e-readers, we have tips. 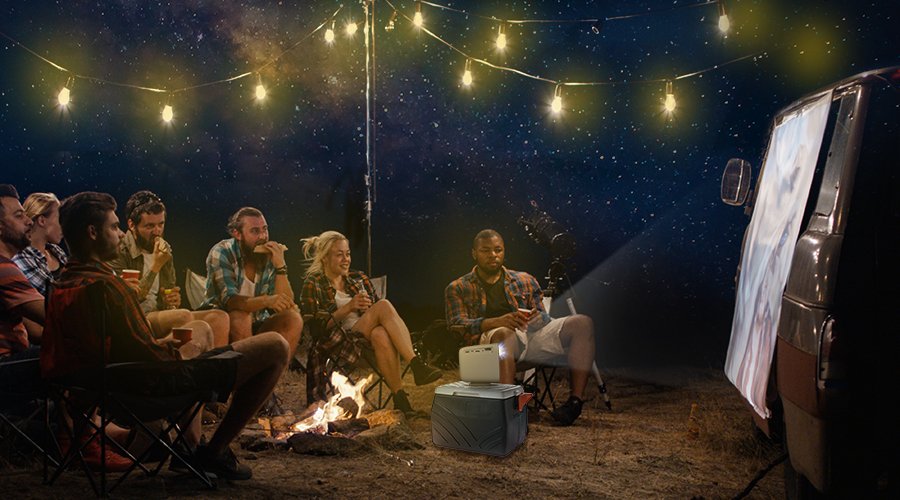 Why Portable Projectors are Great for Camper RV/Van Entertainment

Why Portable Projectors are Great for Camper RV/Van Entertainment ›

Camper vans and RVs are home away from home, and with a portable projector they even include big screen entertainment that’s easy to use, power efficient, and not dependent on an internet connection. 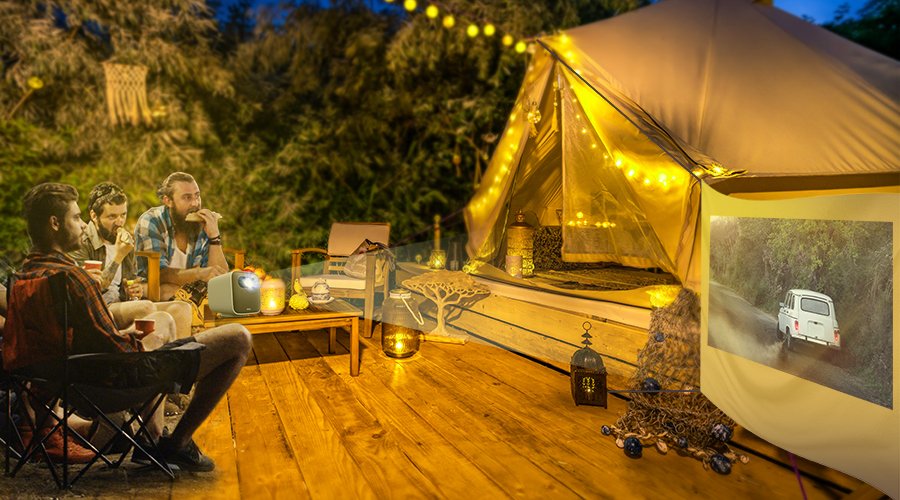 Camping and Glamping: What’s the Difference

Camping and Glamping: What’s the Difference ›

You know camping, but what about glamping? Add glamor to camping and that’s what you get, especially with cool tech like portable projectors for movie nights under the stars. Learn more!