If you’re looking for an animated film that successfully combines amazing art and deep meaning, look no further than Ponyo. Made by acclaimed Studio Ghibli, Ponyo was a huge release back when it came out in the summer of 2008, but for some reason has gradually faded into the background. People remember Studio Ghibli for Spirited Away and Totoro for the most part, but Ponyo deserves to be seen now more than ever. We originally watched the Japanese version in theaters thirteen years ago, and then a year later again when the US/international version came out. Both offer 102 minutes of pure happiness. You’ll be smiling the whole time, which could be a problem as your cheeks may get sore. Ponyo is especially touching and likeable among the Studio Ghibli roster of animated films. It uses primarily hand-drawn and animated visuals and centers on two innocent but savvy kids. Unlike most stories, there’s no real conflict, menace, or presence of “bad guys” in the traditional sense. Ponyo is just 100% heartwarming, as evidenced by the cute name.

Enjoying Ponyo is made easier thanks to the superb 2017 Blu-ray re-issue. We recommend the physical version far more than any digital stream or download. The Blu-ray is 1080p full HD with no HDR, but looks wonderful, with a sharp image and vibrant colors. If you have a 4K Blu-ray player capable of upscaling, that’s even better as from our experience Ponyo scales very nicely to 4K and looks almost like a native 2160p disc.

As a consequence, Ponyo is ready to be enjoyed on the big screen with a home cinema projector but will look excellent at an outdoor event running on a portable projector, as well. This is one of those discs that really make a strong case for sticking with physical media. We didn’t notice any artifacts, image noise, or color issues. This is as close to a perfect transfer from the cinematic release as can be.

A Tale of Goodness

Obviously inspired by The Little Mermaid, Ponyo tells the story of five-year-old Sosuke and his mom Lisa. They live in a friendly coastal town in Japan, where the main industry is fishing. Sosuke’s dad Koichi is usually off on his boat working. There’s an environmental message here of course because that’s a favorite of director Hayao Miyazaki. But while humans are shown damaging the seabed and gathering fish, it’s clear none of it is done with malice. Humans need to exist like all beings, and this is how they understand the way to do it. Human kindness is all over the story, as Lisa works in a senior citizen's home that’s full of warmth despite the sadness of getting old. Some of those scenes are really gut-wrenching, and you may need to explain a bit about old age to the kids watching with you.

Kindness leads the way when Sosuke one day encounters a strange goldfish and saves her from being trapped in a discarded glass jar. The goldfish turns out to be Ponyo, who escaped from her own absent-minded father. Sosuke and Ponyo become fast friends, but there’s more. Ponyo has an ability to change forms, and as you may have guessed from the Little Mermaid reference, soon becomes human, taking the shape of an adorable little girl.

In the world of Ponyo, none of the “real” humans question how a fish became a cute girl, and all accept her lovingly, especially Sosuke, Lisa, and the old folks at the retirement home. Problem is, a massive storm approaches the town, and from that comes the only semblance of threat in the story. Saying more would be very spoiler-y.

Ponyo has enough heart to cheer up a sheet of metal and possibly make mountains shed tears. It’s beautifully drawn, superbly told, and equally uplifting as it is also sad. The voice cast is superb in both versions, but the 2009 international edit packed some real star power. Cate Blanchett, Matt Damon, Liam Neeson, Noah Cyrus, Frankie Jonas, and Tina Fey all do remarkable work and stay very faithful to the Japanese original in tone and manner.

It’s impossible to put an age rating on Ponyo because everyone loves it. This is the ultimate family animated movie to enjoy together, and because the disc’s quality is so good and versatile, you’ll have an absolutely enthralling time whether in the living room or having a blast with the kids in the grand outdoors. 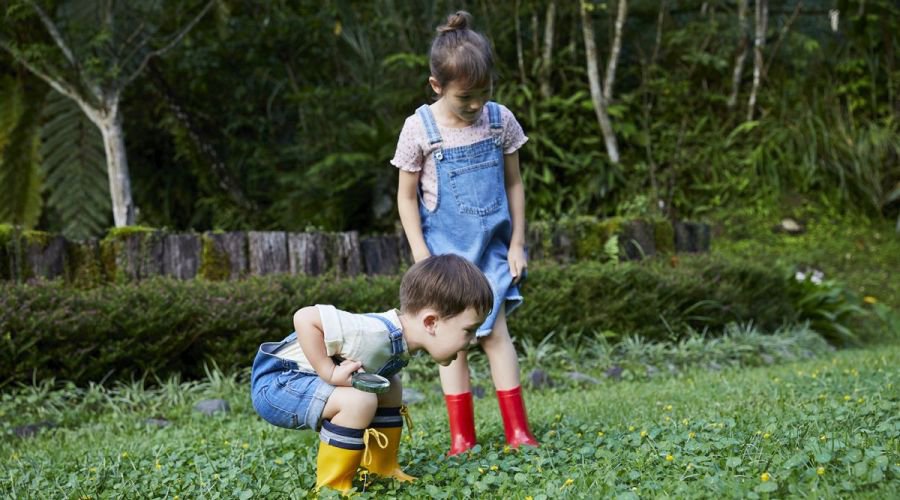 Kids today know tech very well, but usually use it indoors. Prepare to get active as we share five ways technology makes spending time outdoors more fun and rewarding for the whole family 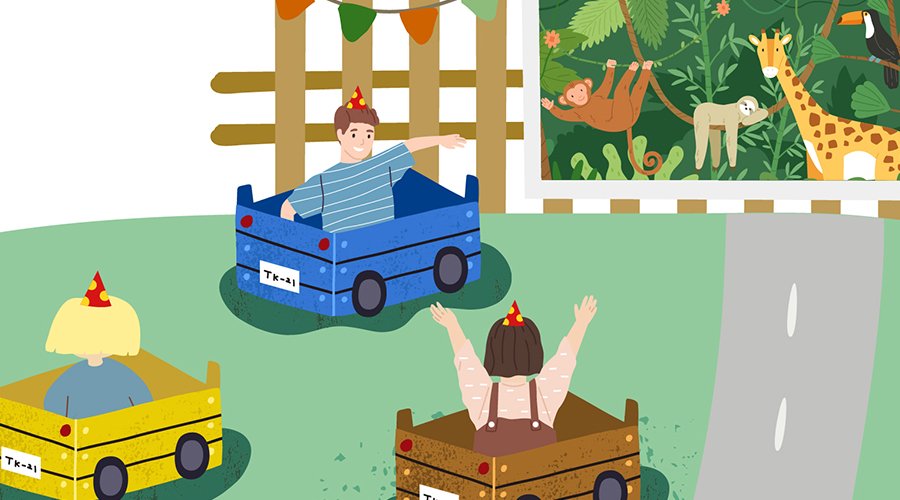 Summer has arrived and it’s time for backyard birthday parties. We offer five great activity ideas for kids and adults to help make the special day more fun and memorable. 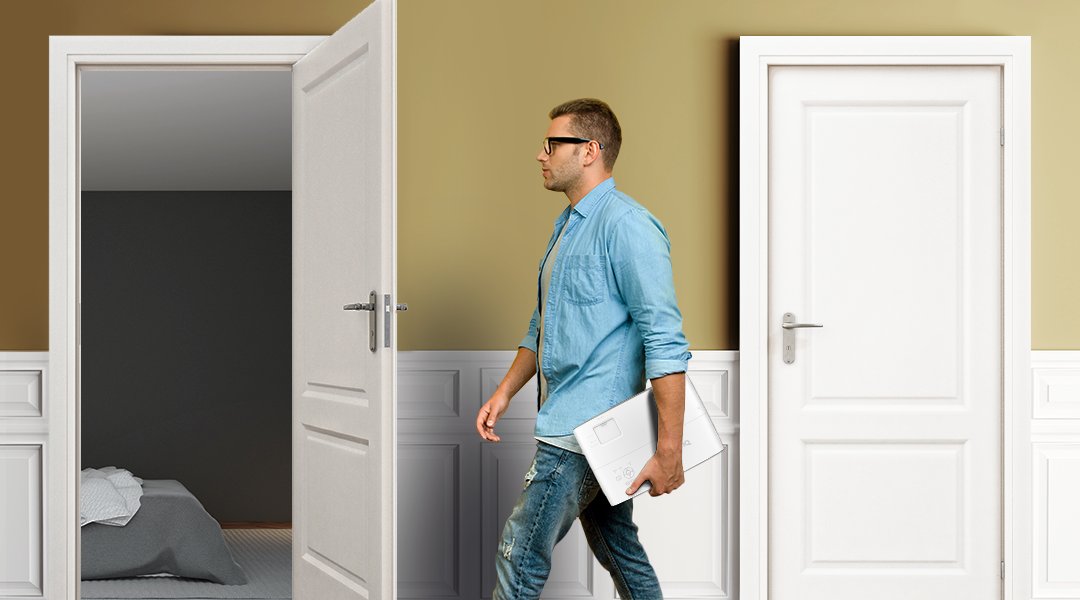 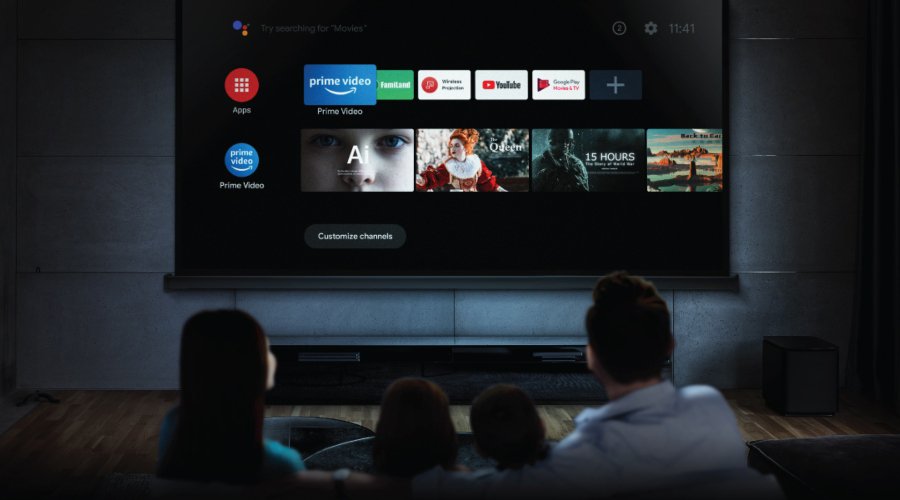 With Android TV USB adapters certified by Google, your home cinema and portable projectors become smart devices that showcase all the latest streaming services and apps in a big screen format.