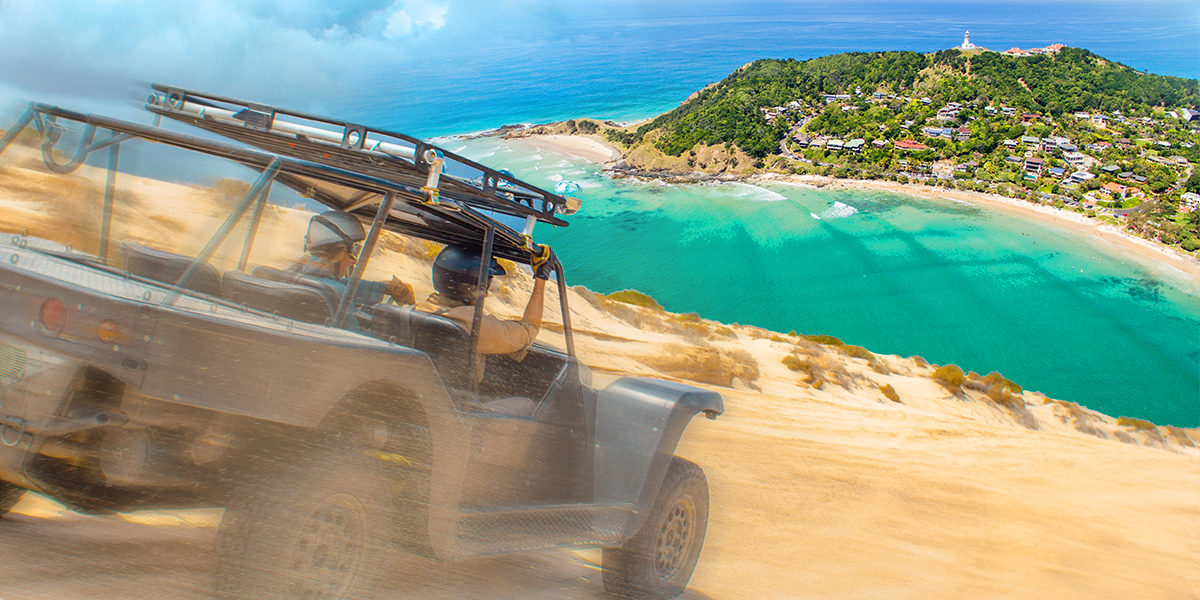 After a three year break, Microsoft’s Forza racing franchise returns with yet another Horizon installment. While the default supposedly remains Turn 10’s Forza Motorsport, which is the more sim-like side of the Forza space, it’s the open world Forza Horizon titles from Playground Games that have managed to arrive more consistently since 2017.

And Forza Horizon 5 takes the by-now tried and tested formula of the Horizon games and improves on it in many ways, none of which are drastic or revolutionary, but all good to have. Available on Xbox consoles and Windows PC, Forza Horizon 5 is also the best looking Forza game to date, which is what interests us the most. Again, it’s not leaps and bounds visually better than Forza Horizon 4, but there’s enough added that you know this is a new game. The main differences we noticed were improved lighting and particle effects like smoke, dust plumes, and debris, plus an increase in traffic density and a much more impressive draw distance with less pop-in. Forza Horizon 5 takes place in Mexico and has a huge map, by far the biggest yet in the series, and larger than most open world games regardless of genre. With 500 cars and a seemingly endless range of activities, Forza Horizon 5 offers a meaty experience, but how does it perform? We’ve been playing it mostly on Xbox Series X and also a bit on PC, and have a few things to highlight. 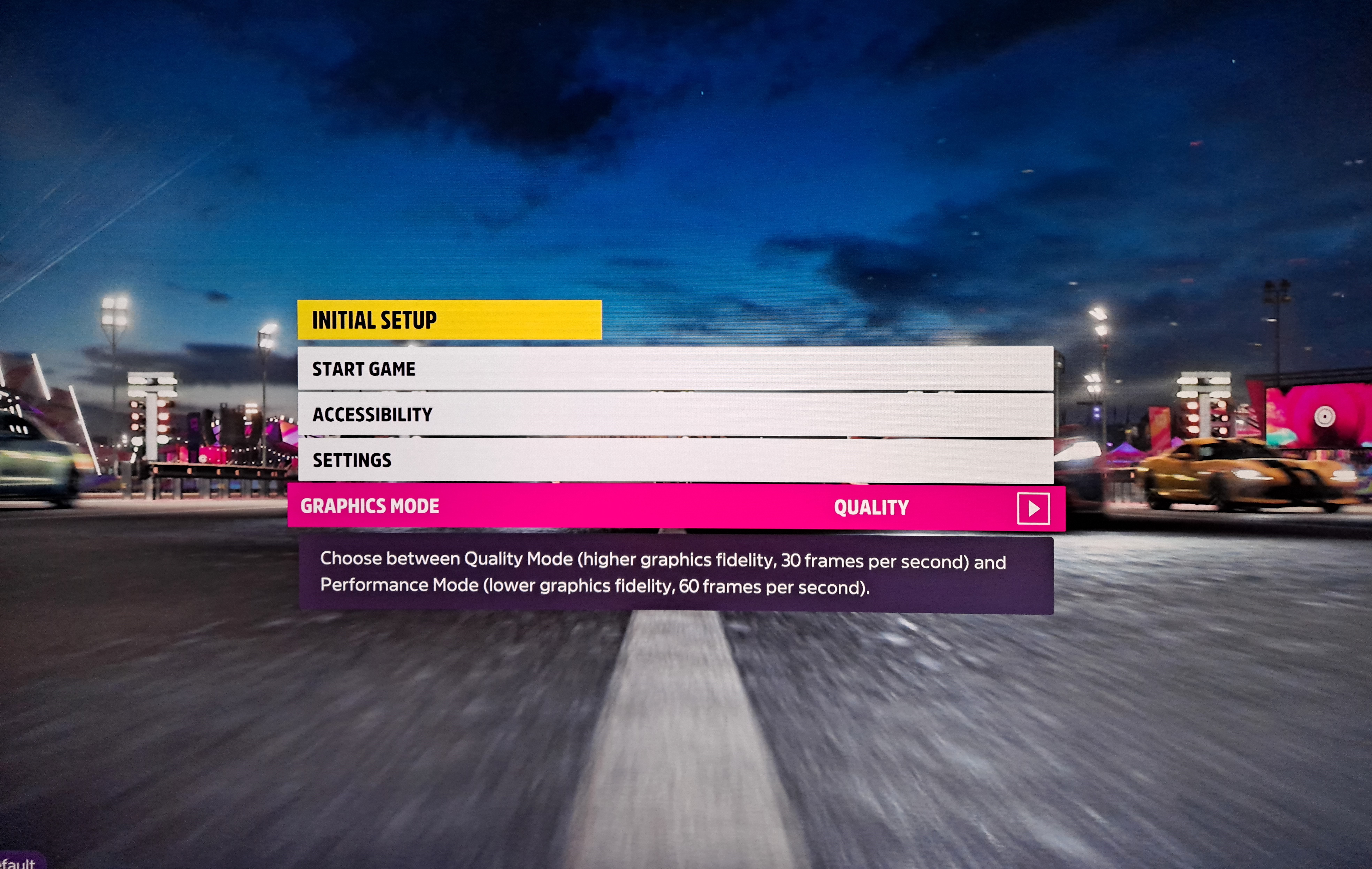 Yes, that sounds counter intuitive, yet on Xbox Series X the two graphics options are 60fps performance mode and 30fps quality mode. While 60Hz/fps has become the standard in current gen, let’s not forget Forza Horizon games have all ran at 30Hz on Xbox consoles in the past and most people didn’t mind, or even notice. Playground Games as developers have this ability to make 30Hz seem much more responsive than in other situations, don’t ask us how. Of course, if you select 60fps the game is noticeably nimbler and faster-looking. On Series X, both modes target 2160p or 4K, and maintain locked frame rates with no apparent dips. Quality mode looks better than performance mode, but not night and day. You get better anti-aliasing, improved lighting, and more intricate particle effects. One might say the comparison is 4K medium settings versus 4K very high settings. We’ve tried both and found 4K quality mode more enjoyable and rewarding, as Forza Horizon 5 is a visual feast and performance mode does take a few shortcuts.

As such, Forza Horizon 5 makes a strong case for gaming on a big screen with a responsive 4K gaming projector. It also looks fantastic on a premium 4K monitor, and with the max refresh rate being 60Hz on Xbox Series X you don’t need a high refresh rate panel to get the most out of the latest Forza experience. Unlike previous Forza Horizon titles, the fifth entry has much more of a storyline to it, with a lot of dialogue. Your character speaks often and isn’t just a blank avatar as before. So vocals are important, and coupled with the good soundtrack, we do recommend having an audio setup you can trust, or preferably really solid headphones.

A note about the two graphics modes we don’t want to forget is that quality mode seems to have been designed with solo play in mind, while the more responsive and faster-refreshed performance mode applies very nicely to multiplayer. You can switch between the two at will, so there’s no issue there.

As a Microsoft first party title, Forza Horizon 5 launched simultaneously on Xbox consoles and Windows PC, and is available through Game Pass, though we opted to purchase our copy. With Windows 11 installed and HDR turned on, the game looks and runs great, although as noted before, even with Windows 11 improvements HDR on PC still doesn’t look as good as HDR on console. But, as usual, the upside with PC are the very detailed and in-depth graphics settings you get. This is no simple console port, but rather a PC game built from the ground up. You get support for high refresh rates, so if you want 165Hz and have a graphics card that can handle it, you’re good. Ultrawide resolutions are definitely supported, which makes using a sim-friendly 21:9 monitor easy. Forza Horizon 5 ships with support for most popular racing sim setups, including steering wheels and pedals, so if you crave a more realistic exploratory experience, go for it. It especially helps if your monitor has a dedicated racing game mode, as do many BenQ gaming monitors.

Recommending Forza Horizon 5 is easy. It had quality written all over it from a mile away because Playground Games have already proven their expertise multiple times over. For fans of racing games and open world fun, Forza Horizon 5 is a must-buy for holiday 2021.