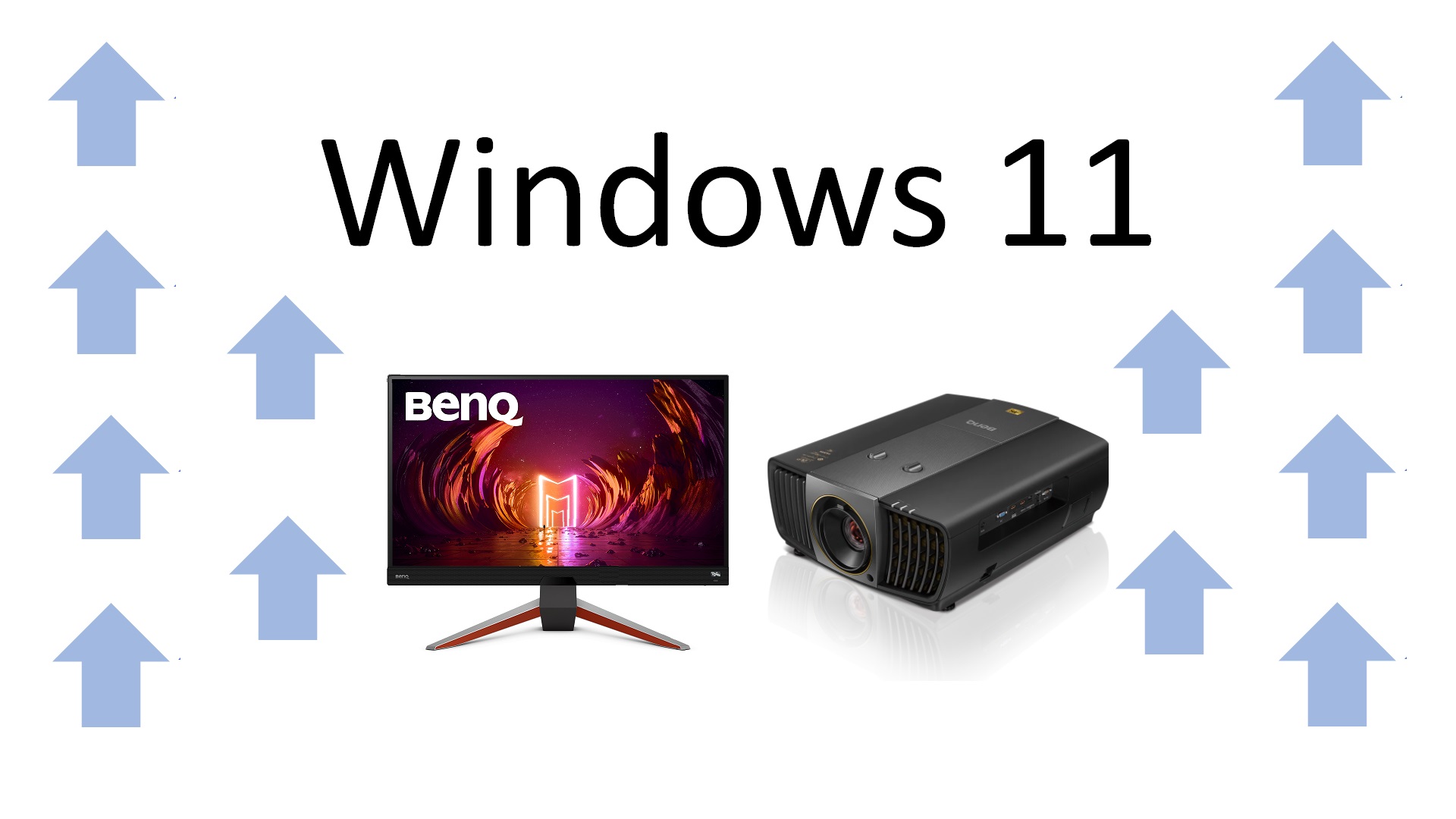 On the Sunday of October 31, which was Halloween, a prompt to upgrade to Windows 11 appeared in the bottom right corner of our Windows 10 desktop. With great excitement we proceeded to go through the download and install process, and when everything was done (which took about 30 minutes), we decided to check out all the various settings. And that’s when it became clear that for us the biggest development Windows 11 brings is vastly improved HDR performance.

Previously on Windows 10, turning on HDR in the OS rather than allowing it to appear per app resulted in a dim display with low brightness and faded colors. While in Windows 11 HDR isn’t totally perfect or as good as on a professional-grade home cinema projector or TV, it’s leaps and bounds beyond Windows 10.

As soon as we toggled the HDR setting to on, we noticed brightness didn’t experience any of that Windows 10 extreme exposure look, and colors remained very good. We then loaded up an HDR-supporting game, Deathloop, and were totally impressed by how good it looked. If you have an HDR gaming monitor you’re in for a treat, because we believe Windows 11 finally gets it right for HDR, and if it’s good now, implementation will likely only get better later on.

Toggling HDR on in Windows 11 bumps up the brightness considerably, but not in the over exposed manner we remember from Windows 10. This looks like the OS finally knows how to read peak brightness very accurately. So if you have a bright display you now may find Windows 11 visuals very appealing, but a tad too bright for desktop viewing distances by default.

While messing around in the settings, we noticed that turning on the blue light filter, called Night Light in Windows 11, works perfectly. It takes the edge off the brightness without diminishing from its effect. That sounds weird and is difficult to explain. You should try it for yourself and see if it works for you. For us, HDR on and Night Light on provide just the right balance.

Games and other HDR content like streaming apps look great with these settings engaged. We don’t experience any of the harshness that often accompanies really bright content, and details in dark or bright areas aren’t crushed, washed out, or otherwise obscured.

Microsoft have brought in their Auto HDR tech from Xbox Series consoles, so it’s now in Windows 11. Any Xbox PC games on Windows 11 that don’t have HDR natively now get Auto HDR support, which does a very good job of adding simulated HDR. This should be familiar to anyone on an Xbox Series console, where original Xbox, Xbox 360 and non-HDR Xbox One games get the HDR enhancement treatment. Presumably, this can be extended to non-Xbox games as well if the Microsoft team has time to support more titles, and we expect Xbox Cloud Gaming to benefit from Auto HDR to a great extent. If you don’t think Auto HDR is a big deal, you should really try it for yourself. Already proven on Xbox Series consoles, it now works just as well on Windows 11, and frankly the HDR effect looks like the “real thing”.

The conclusion here is that if you’ve already gotten Windows 11 or are waiting for it, it’s a good idea to take a tour of the settings because unlike Windows 10, HDR here is mature and of genuine benefit to gamers, movie buffs, and streaming fans. It’s a bit perplexing that it took nearly a decade for HDR to finally work on Windows, but it’s never too late, and we’re very grateful for the hard work the Windows team has put into making this happen.

What is HDR? The Best Image Close to Reality

What is HDR? The Best Image Close to Reality ›

In recent years, the quality of images that general audiences can view has significantly improved. and there are more and more 4K TVs, 4K projectors and 4K displays in the market. But, do you really know what HDR is?

TV vs Monitor for Gaming

Monitor vs TV for Gaming: Which One Is the Best?

Monitor vs TV for Gaming: Which One Is the Best? ›

We explain the differences between TVs and monitors for gaming. Find out the pros and cons of using a 4K monitor and why it might be a better choice than a TV.

Gaming Projector Vs. Gaming TV and Which Is Better for You

Gaming Projector Vs. Gaming TV and Which Is Better for You ›