Lamp, LED, or Laser: Which Projector Light Source is Right for You?

Due to the constant evolution of projector technology, the past few years have seen the growth of different kinds of projectors defined by their non-lamp light sources alongside the still continual use of traditional lamp projectors. The first of these lamp-free projectors is the LED projector which typically utilizes individual LED lights for each of the primary colors in the RGB color model. The other main type of lamp-free projector is the laser projector which can either feature a single blue laser to produce all of the light or, similar to an LED projector, use individual lasers for each of the RGB primary colors.

With the emergence of these three choices, coupled with the fact that each type has their own pros and cons, it is natural for the consumer to question which type they should buy. This article will help break down the various advantages and disadvantages for each, so that a buyer can choose the type that best suits them.

When comparing the three types of light sources, the main differences tend to fall into the following categories (all of which will be detailed below): Color Performance, Brightness, Price, Durability/Lifespan, Power On/Off Times, and Environmental Impact.

As anyone who has changed the lights in their house knows, the lifespan of traditional incandescent bulbs is drastically lower than that of LED bulbs. The same runs true when applied to projectors, as both LED and laser projectors on average have lifespans of 20,000 hours compared to the <10,000 hours lifespan of a normal lamp projector, making lamp replacements and their costs something a potential buyer has to think about when considering a lamp projector (more on that later).

Similar to the discussion above, because of the nature of incandescent bulbs, lamp projectors require warm up and cool down times anytime they are powered on or off slowing down each process when compared to LED and lasers that do not need such considerations.

Beyond the fact that lamp projectors require timely bulb replacements, which produces added waste, their bulbs (and the cooling system that are associated with them) also require more energy to operate, which may be an important factor for those who are environmentally conscious or concerned about energy costs. To this end, LED and laser projectors are generally more energy efficient.

The Settings that Suit Each Light Source

With a knowledge of the various performance-based advantages in hand, the next main thing a potential buyer must consider when deciding upon a projector is their personal needs in regards to the space in which the projector will be used. Given their brightness capabilities, LED projectors (particularly portables ones) are more suitable for consumers looking for a projector to use in smaller spaces with little to no ambient light, while home-theater users or small businesses that require a conference room projector should probably stick to the brighter lamp projector. Laser projectors on the other hand, due to the prohibitive nature of their cost, are usually recommended for users, or corporate customers, who prioritize overall performance with little to no budget constraints.

Outside of the discussion above, there are also a couple of common questions regarding some of the practical issues of using projectors of each light source which may be relevant to a perspective user:

The first question some may have is whether or not a lamp projector can be converted into an LED or laser projector by switching its bulb? The simple answer is no, you cannot change a lamp projector you might currently own to a different type of light source. This is because the complicated mechanics involved in each type of projector and the drastic differences in their technologies prohibit any type of switching over.

The other commonly asked question is whether LED lights or the lasers in each respective type of projector can be manually replaced? The answer here again is no, LED and laser light sources are not generally user-serviceable but instead require service center personnel to replace. The thing to keep in mind about this is that since LEDs and lasers usually have a lifespan of 20,000 to 30,000 hours, there usually isn’t any need to replace them under normal usage conditions. 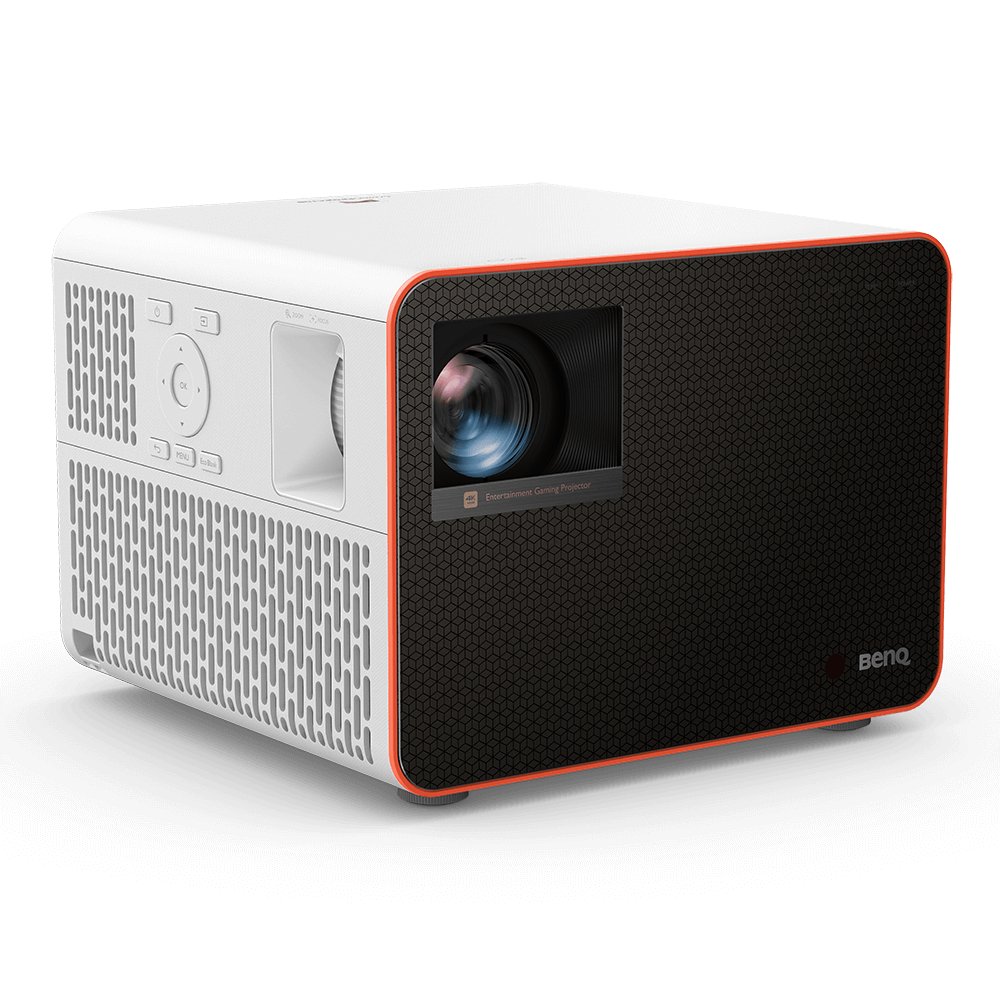 Immerse in Open World Games with 100% DCI-P3 BenQ CinematicColor see true colors in HDR10 4LED and listen to movie-like virtual surround sound from all around and action with 4ms input lag. Revel in the uncompromising image quality and outstanding contrast control even in brightly lit environments. The ultimate experience in laser TV entertainment is now in your home. 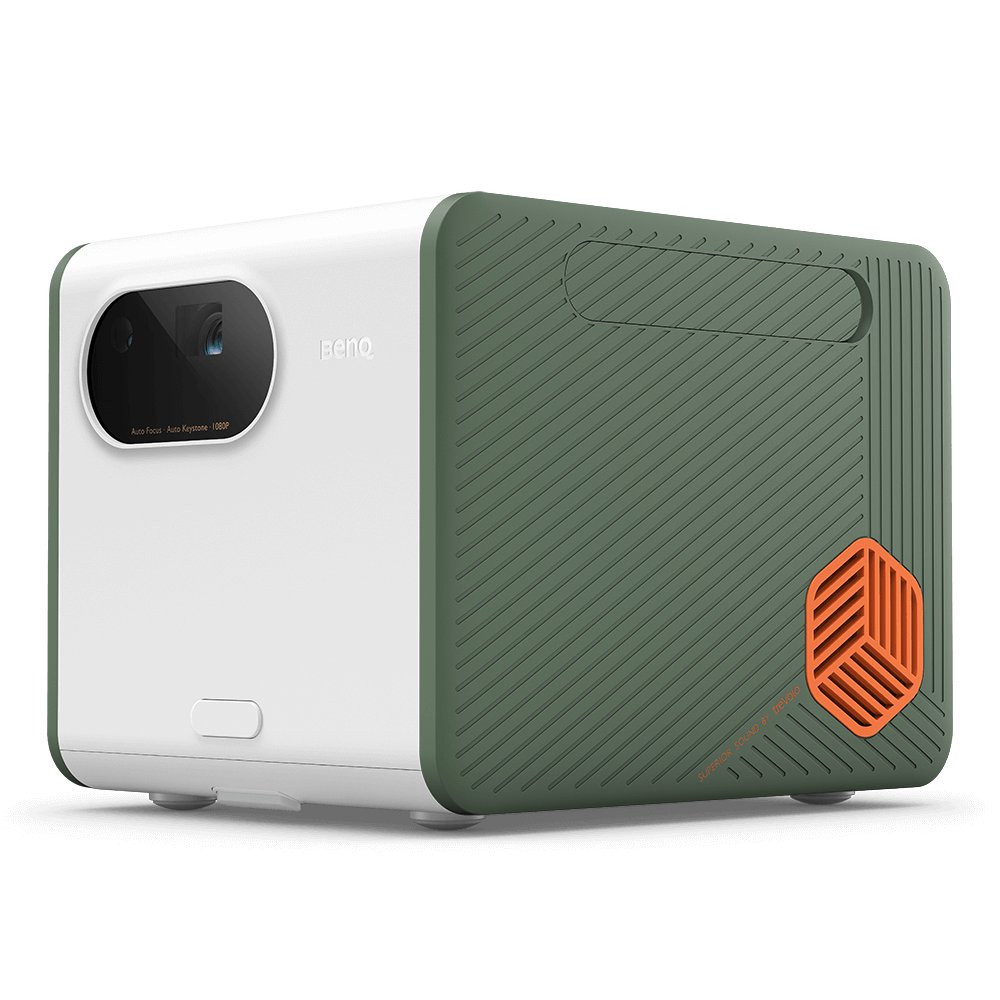 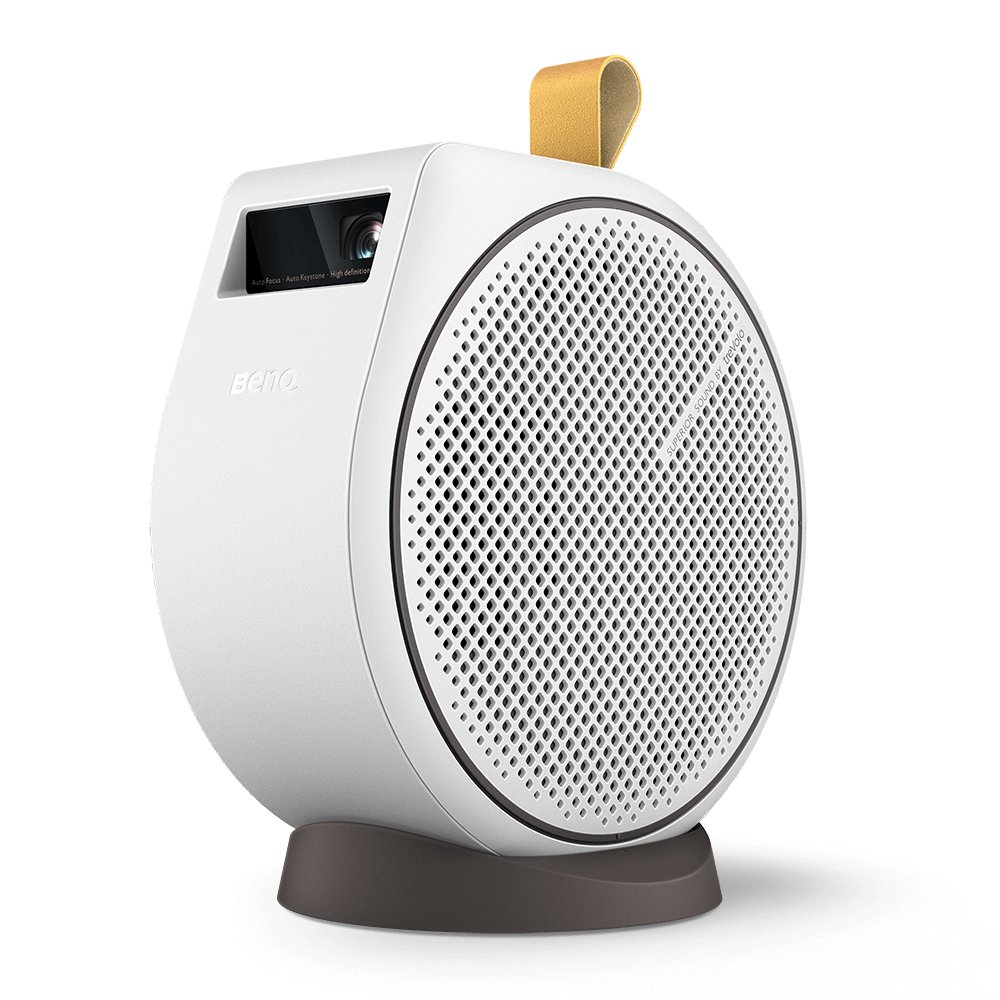 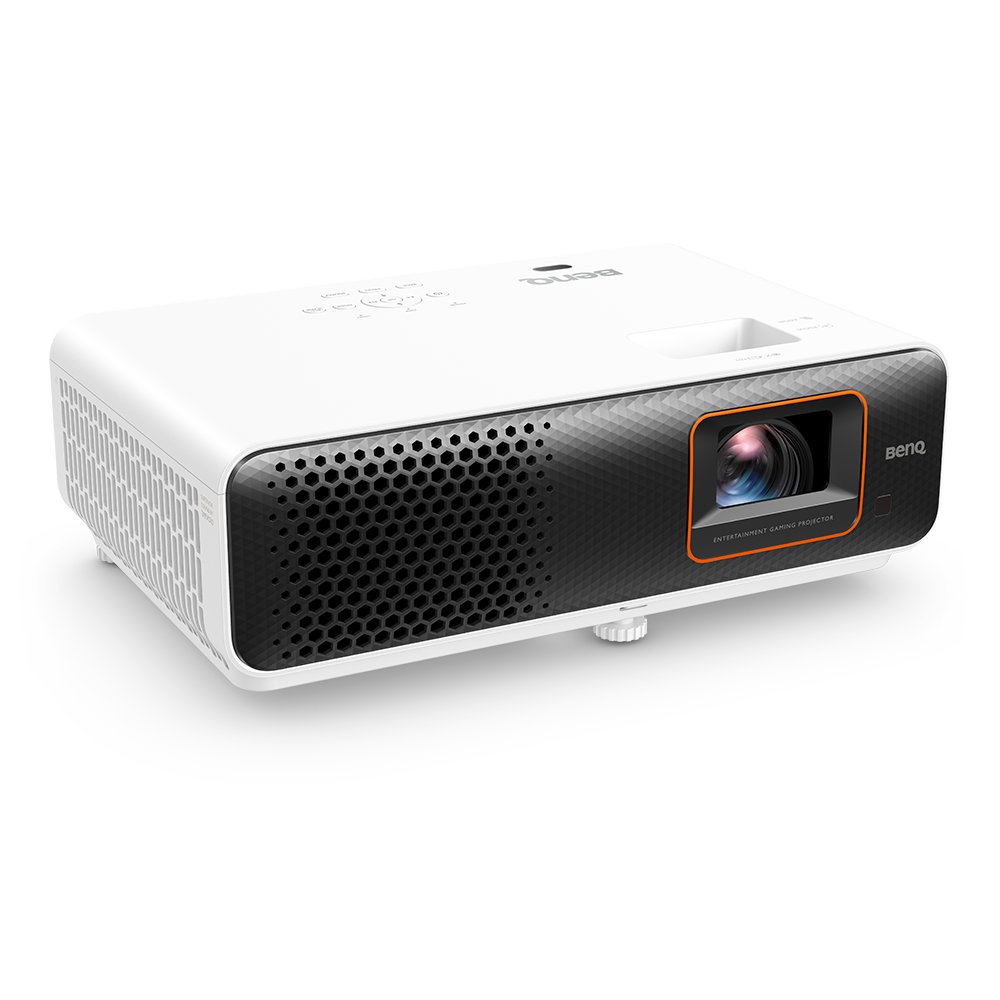 TH690ST does it all with excellent movie industry standard DCI-P3 color performance, stunning 1080p HDR picture quality, low input lag, and 2300 lumens of 4LED long life span. All you need to do is jump into AAA games with your friends and enjoy never-ending, smooth, and immersive action at your game corner. Level up your party fun with epic gameplay. 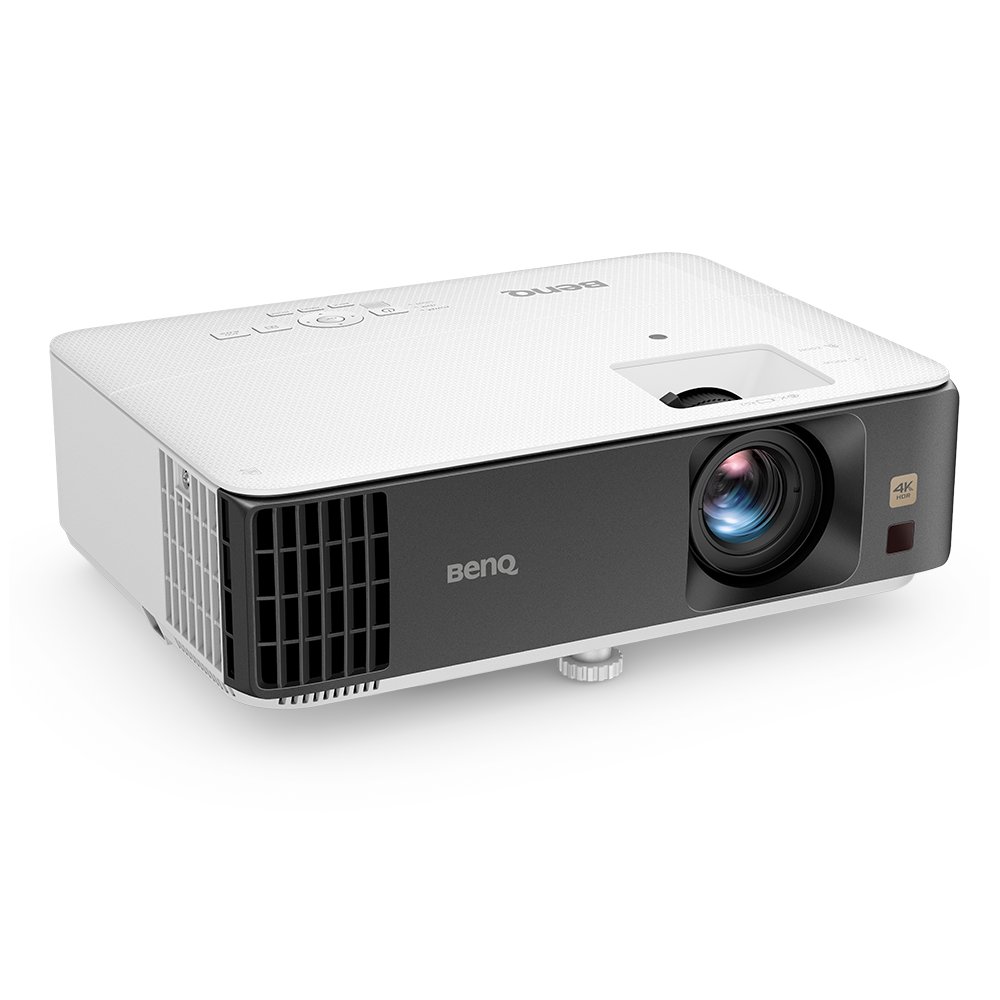 Win with TK700's input lag as low as 16ms and 4K HDR images: react faster in games as threats are easily seen in dark scenes with black detail enhancement. 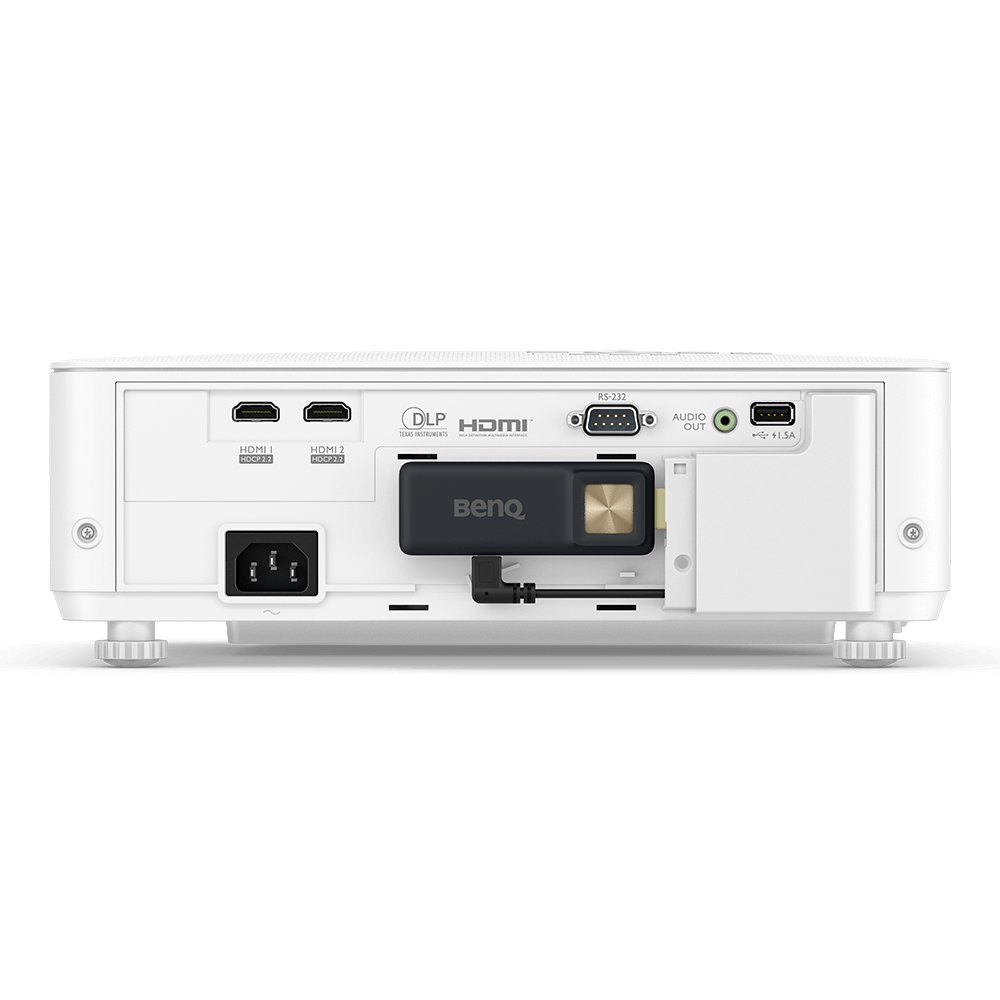 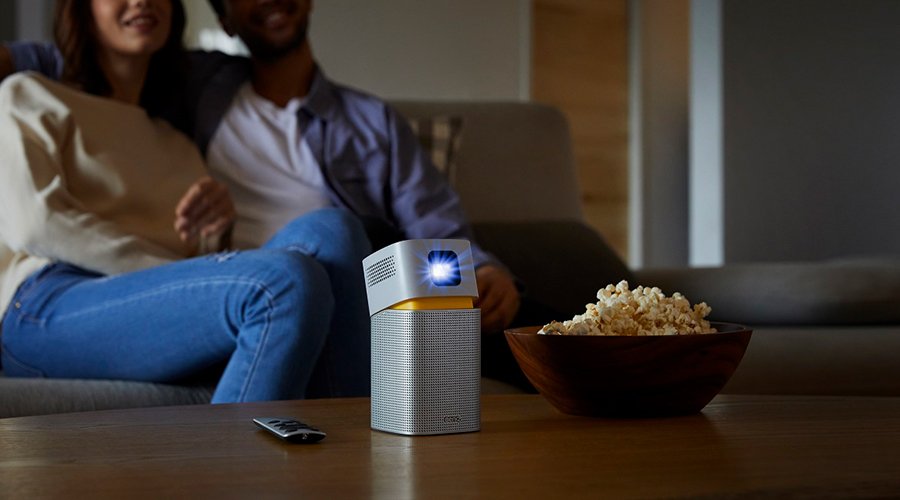 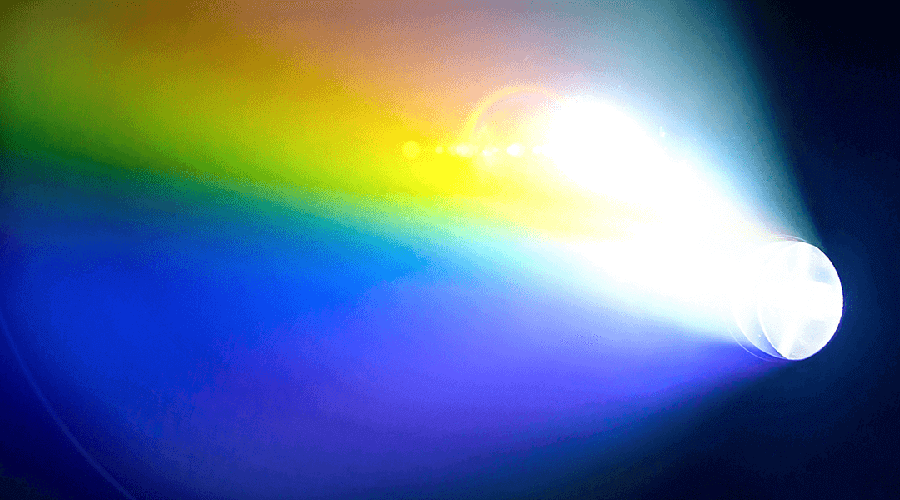 Why You Should Choose 4LED Projectors and Their Long Lasting Colors This article covers 4 different scenarios when portable projectors come in handy and explain what features to consider in each situation. 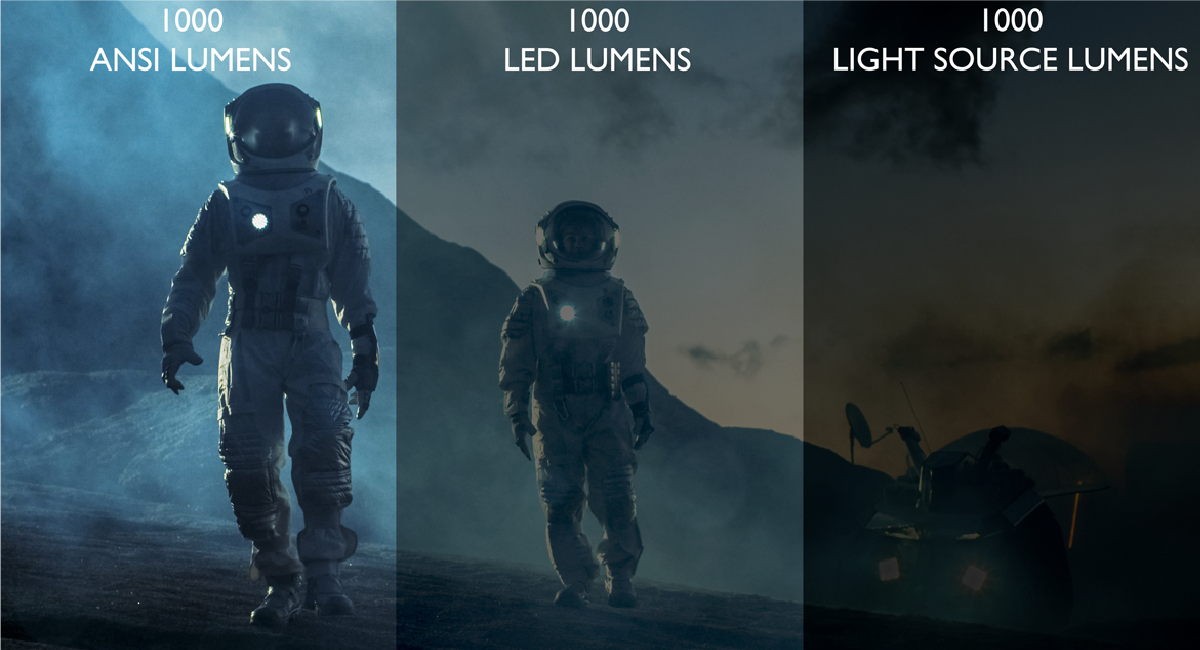 How to Convert ANSI Lumen to LED Lumen and Light Source Lumen?

What most consumers really need is a quick way to convert the values of one type of brightness to another, which is what the tables below are for lumens units, such as ANSI lumen and LED lumen, and light source brightness. 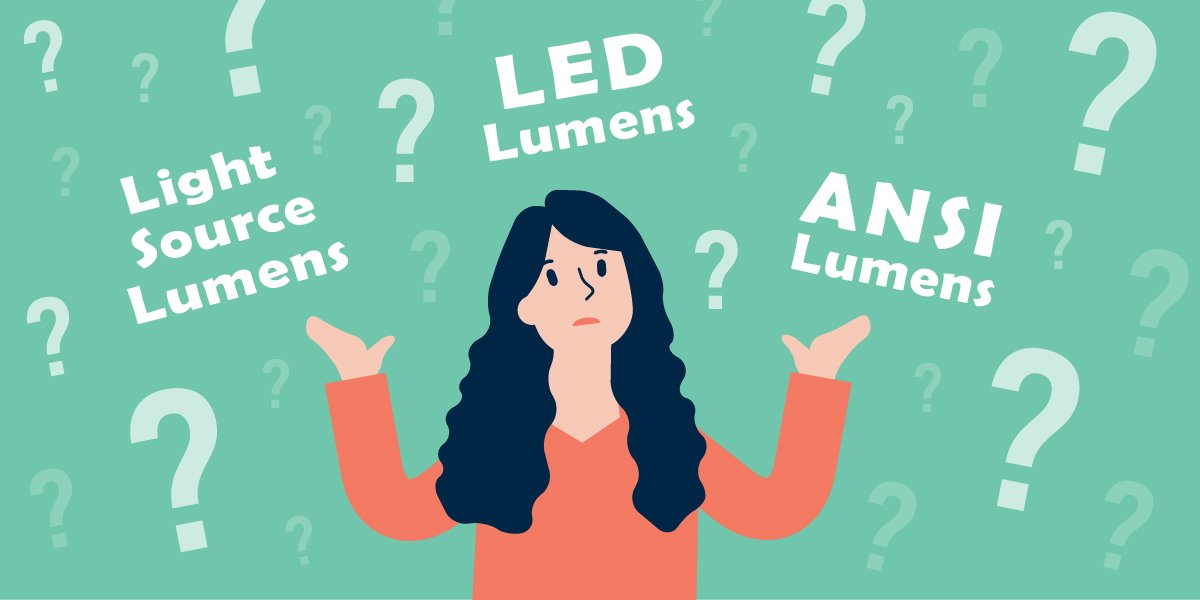 Finding Your Way Through the Various Measures of Brightness of ANSI, Light Source, and LED Lumens?

What is the difference between the various lumens units, such as ANSI lumen and LED lumen, or even light output brightness? How does each of these units stack up against each other, and is there a preferred unit to use?