What You Need to Know about 4K Projectors (2021 Update)

What are the 3 elements of 4K projectors?

OK, so what do all these pixels do for you, the viewer?

What makes 4K video resolution awesome is the ability to go big. Really big. Deeper resolution means TV or projector screens can be bigger and bigger without sacrificing sharpness, contrast, and color. You see, the bigger a screen gets, the greater the potential for the picture to look fuzzy – if the resolution doesn’t scale up with it. The more pixels you can stuff into the space of a screen dimension, the sharper the picture will look. The tighter packed the pixels are with all the neighboring pixels, the better.

Think of it this way: You print out some photos on your inkjet printer with brand new cartridges installed. The photos come out looking great, with rich details and vivid color and contrast. Now, let’s say the ink cartridges are on their last legs. The colors look washed out and maybe some don’t even print at all, right? The new cartridges gave you more saturation. Video resolution has it limits in a similar way. Bigger screens need more pixels, and 4K is the sharpest available today. 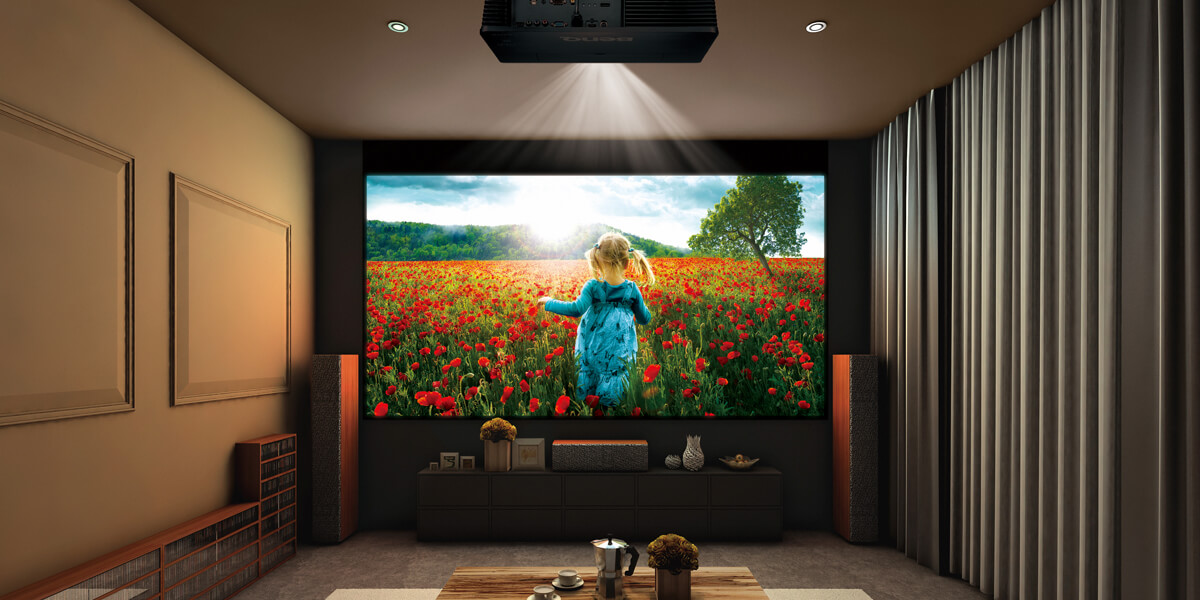 You could even say that BenQ 4K projectors are the standard. You’ll marvel at your favorite programs and bask in the “ahhh” factor.

Hollywood has upgraded the color standard for filmmaking from Rec. 709 to DCI-P3 and has also enhanced the resolution by moving from Full HD to 4K. Simply put, this means the cinematographers, the directors and the producers working in cinema and cinematic television today are going to greater lengths to capture real world scenes that dazzle in their realism. The DCI-P3 color space is 1.26 times wider than Rec. 709, especially in the green and red areas of the spectrum. Compared to the older 1080p films, theatergoers can now enjoy richer and more lifelike colors from 4K technology, and BenQ brings that experience home.

True 4K DLP projectors from BenQ effortlessly boost you into a new generation with HDR and a design that makes upgrading from a full HD projector fast, painless, and most importantly rewarding