Which DLSS Setting to Choose from Performance and Quality to Balanced

NVIDIA DLSS technology continues to appear in more games, and now has different settings. To help you choose the right one, we take a quick look. 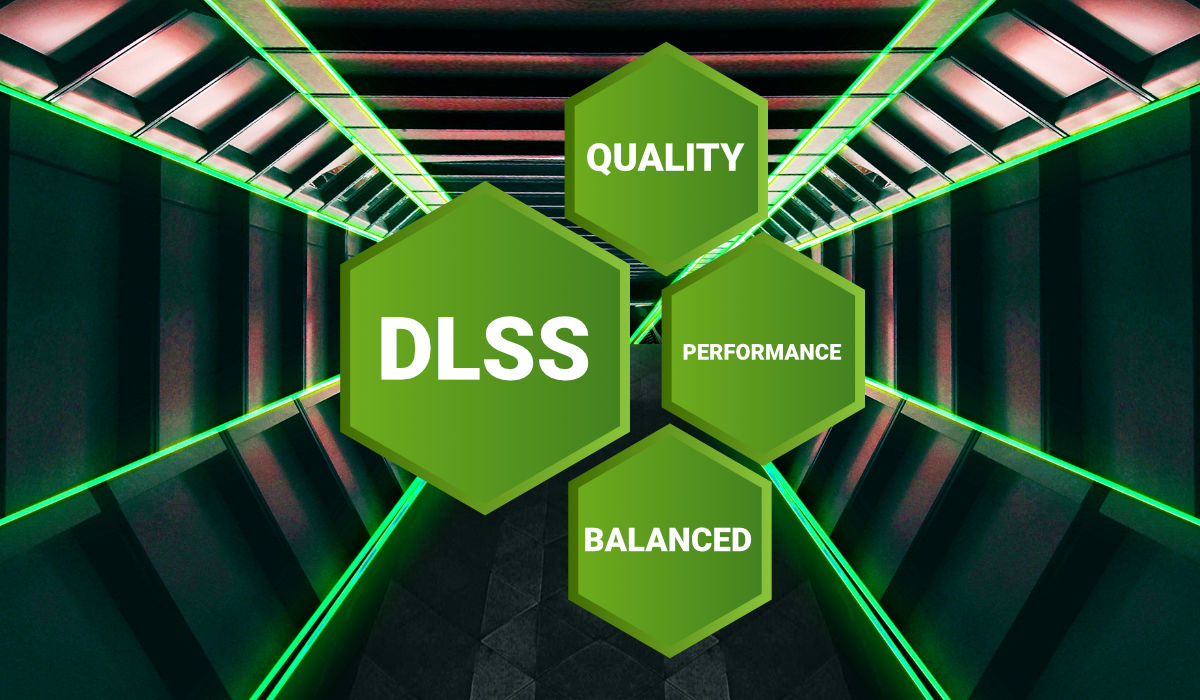 We’ve previously looked at DLSS or deep learning super sampling when the NVIDIA GeForce RTX 30 Series launched. DLSS has the potential to really revolutionize gaming performance, offering a way to utilize AI or machine learning to upscale and super sample game graphics. Just to quickly recap, DLSS takes an internal render resolution and increases the pixel count to a target resolution, without the artifacts associated with traditional upscaling. DLSS also takes care of anti-aliasing along the way.

Looking at major titles like Cyberpunk 2077 and the award-winning Death Stranding, DLSS allows users to enjoy high frame rates even without major hardware upgrades. For example, DLSS makes it possible for a game to render internally at 1080p but appear as 2160p. That helps relieve most of the processing load, allowing for more frames per second but not demanding more hardware. That’s the theory, at least, as there’s more to it.

Looking at the games we just mentioned and a few more titles, it’s becoming clear DLSS implementation requires more finesse. Which is why games now have DLSS settings or profiles to choose from. Not always, for example Shadow of the Tomb Raider simply has a DLSS on/off toggle. But we think that going forward many titles will expect users to manually select a DLSS priority. So what does that mean? Let’s look at what are becoming typical terms for in-game menus.

Renders the game internally at the closest resolution possible to the target resolution. So if you set your game to 4K (3840 x 2160), expect a 3200 x 1800 render super sampled to 4K. This asks the AI to prioritize visual quality and actual pixel count over frame rate. The most demanding of the bunch and closest to basically having DLSS off in many ways. Sort of analogous to the graphical fidelity or quality setting found in many newer console games. Recommended for people that use 4K monitors and have powerful PCs or, conversely, for 1080p gamers that want an optimized image on more modest hardware.

The “poster child” of DLSS, as it embodies the basic premise of the technology with more frame rates for less effort. Allows the game to run at a lower but still solid internal resolution, and therefore has a wider super sampling range to overcome than the quality setting. Probably 1080p to 2160p in most cases, if you’re gaming in 4K. Sometimes results in loss of fidelity or slightly blurry visuals, which we believe will go away as the AI routines improve. Puts a priority on frame rate over resolution. Similar to console performance mode. Recommended for users of 1440p/2K monitors.

The most extreme profile, dedicated almost entirely to providing frames per second at the cost of internal resolution and output visuals. May very well result in soft, blurry graphics because the gap between internal render and the output resolution is so big. Unless specified, it could be 720p to 2160p, which is a gaping abyss to cover unless the AI is very good. This setting is great if you want the fastest possible framerate with DLSS and don’t mind making a visual fidelity compromise. Most recommended for users with high refresh 1080p monitors or for folks that have a 4K monitor with a modest graphics card. In that sense, just like the Quality setting, Performance Ultra has somewhat of an internal contradiction built into it. This profile is sometimes known as Ultra Performance.

Self-explanatory setting that tries to find a good middle point between render and output resolutions while sticking as close as possible to the native refresh rate of the host display. Or to the frame rate you request in the game settings. We find this profile to be the best, honestly. Our experience with the two marquee titles for DLSS thus far (CP2077 and Death Stranding) shows us that going with balanced works very well, though there’s the possibility of this setting having a more pronounced variable resolution effect. Some people may notice the resolution shifts, but that’s unlikely. Recommended for everyone, although 4K users will benefit the most from this good combination of performance and quality.

As time goes on and the tech matures, there may be more settings available, or settings will go away and be replaced by smarter DLSS that works without need for profiles. We’ll see, and let’s hope for the best performance always!