We use cookies and similar technologies to process personal information for the operation of our website, statistical analysis, and providing targeted advertising. We share information about your use of the site with our advertising partners who may further share it with additional parties. You may opt out of performance cookies here, and learn more about how we use cookies here”
Cookie Setting Find More
| BenQ Business US Resource Trends and Knowledge A Buyer’s Guide to Business Projectors-Knowing the Specs to Choose the Ideal Business Projector

Choosing the right projector can help your business and its employees get more done with less effort. On the flip side, using the wrong projector will not only frustrate its user but also slow down the progress of a meeting, dragging down efficiency and decreasing productivity. Because of all this, the task of choosing the right projector for your business is especially important. But before you make your next purchase, it’s best to fully understand the different product specifications used for projectors. To help you do so, this article will explain the terminology that is most commonly used in projector specifications so as to ensure that your decision-making process goes smoothly.

• DLP
DLP projectors are projectors where the light produced by the light source travels through a focus lens, passes through a spinning color wheel that separates the color, and is then beamed onto a DMD (Digital Micromirror Device) chip. Each microscopic mirror on the DMD chip then adjusts its angle based on the digitized video signal stored in the chip’s memory so that the light that is reflected off it produces the image that is projected. The color produced by DLP projectors tends to be more accurate and don’t easily fade.

• 3LCD
3LCD projectors utilize LCD panels to modify the color of the light from the light source based on the video signal, generating the image that is projected onto the screen. The benefits of using 3LCD projectors are that their colors are vivid and more saturated, while their disadvantages are that they usually have weaker contrast levels and their colors tend to fade.

• Lumen
Lumens are the units used to measure the total light output produced by a light source in a given amount of time. The amount of light in an average conference room is about 250 lux (lumen per square meter). Based on testing the amount of light needed from a projector is about five times that of its surrounding, or in the case of a normal conference room, 1,250 lux. The table below lists the recommended brightness in lumens for a projector installed in a 250-lux ambient light setting based on screen size.

• Contrast Ratio
The simplest way of measuring contrast is to measure the ratio between the brightness of the light reflected from a solid white image to that of a solid black image. This means that for a projector with a 5000:1 contrast ratio the solid white image is 5000 times brighter than the solid black image. The higher the contrast ratio the more detailed the image is no matter if you are talking about, numbers, text, graphics, pictures, or videos. Contrast allows us to notice subtle differences in color and shadows, thus a higher contrast ratio makes it easier for the viewer to see a greater amount of details.

• Aspect Ratio
Aspect ratio is the ratio between the width and height of the projected image. For example, the aspect ratio for a Full HD image is 16:9. Traditional TV shows broadcast at an aspect ratio of 4:3 which is roughly equivalent to a square, but the vast majority of televisions currently transmit at the 16:9 aspect ratio of FHD. Projectors commonly use the following aspect ratios: 4:3 (XGA), 16:9 (FHD/4K), 16:10 (WXGA/WUXGA).

The sections below will help describe throw ratio, zoom ratio, and lens shift, as well as describe their differences.

• Zoom Ratio
If a projector is designed with a built-in zoom lens, it will be able to adjust the size of its projected image from a fixed position without having to move the projector. Zoom ratio is then defined as the ratio between the width/length of the largest image the lens can produce from a given position and the width/length of the smallest image the lens can produce from the same position. In terms of real world application what this means is that given a fixed image/screen size, the larger the zoom ratio, the larger the range of distance the projector can be placed from the screen. Thus, the larger the zoom ratio the more flexibility you will have in terms of installation options. In this scenario, as seen in the image below, the zoom ratio is equal to the Da divided by Db (where D is the distance between the projector and the screen).

• Lens Shift
For most users it’s quite difficult to get the projected image to be perfectly centered on the screen during the installation process. A lot of the time the projected image will fall either above or to the side of the screen, while trying to perfectly center the image on the screen solely by means of moving or adjusting the projector itself hardly ever works. Because of all this lens shift is a must-have feature for projectors. Its vertical shift allows the projector’s lens to shift in order to move the image up or down, while its horizontal shift allows the lens to move the image left or right. Most projectors feature hardware controls on the projector itself that allow users to perform the lens shift function, while some high-end projectors allow you to use the lens shift function via electronic controls or the remote control.
Using the BenQ LK953ST model projector projecting a 100-inch image as an example, its vertical shift has a range of 60% (60% of the height of the image) while the horizontal shift has a range of 23% (23% of the image width), as seen in the image below. 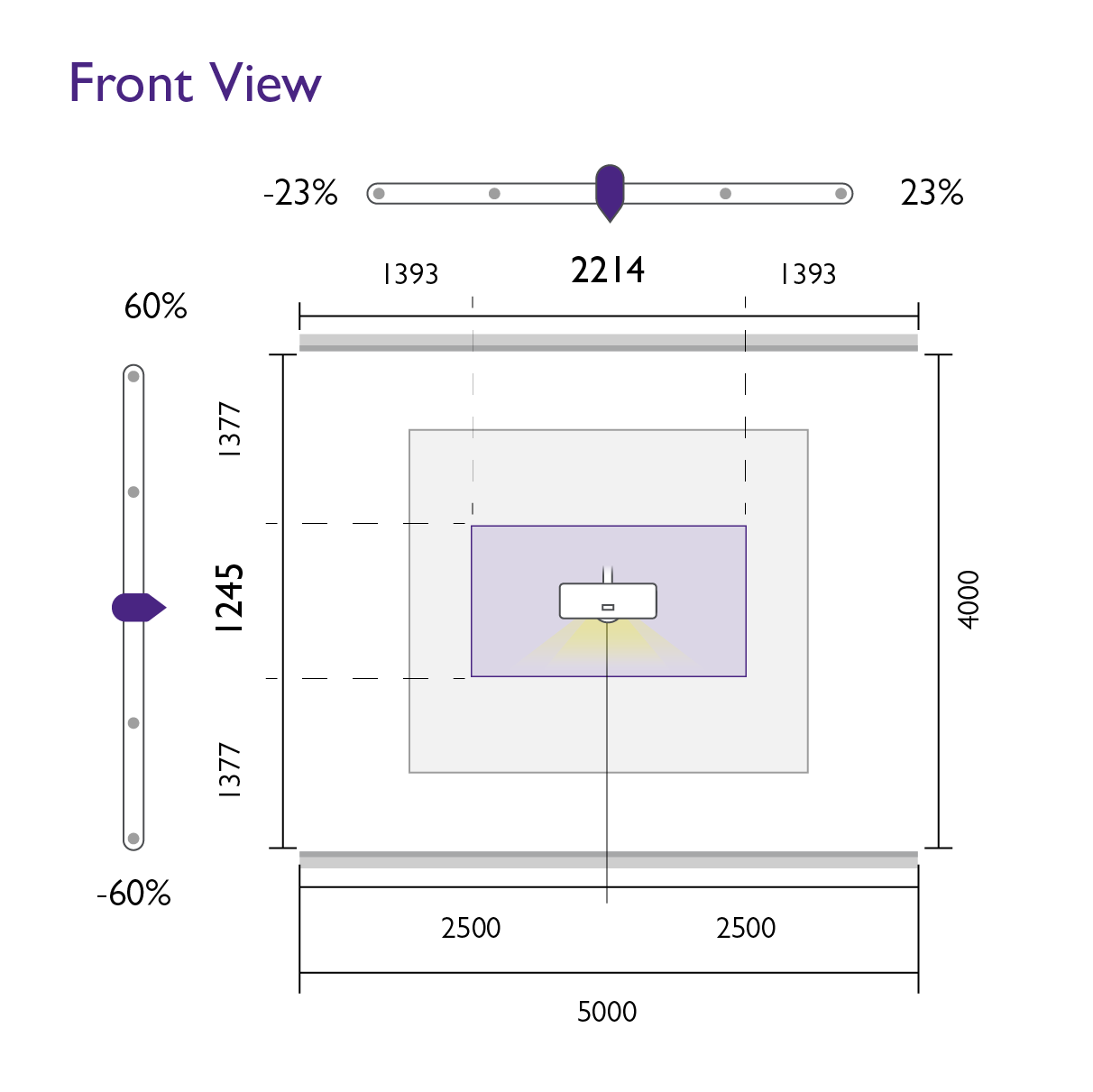 • Keystone (Vertical Keystone, 2D Keystone, Auto Keystone)
When a projector is installed in a location/orientation that prevents it from being properly aligned to the center of the screen the projected image will be distorted into a trapezoid, this is called the keystone effect. For instance, if the projector is installed above the screen and is tilted down when projecting, the image will have a keystone effect along its vertical axis, if the projector is even with the screen but off-center horizontally the image will have a keystone effect along the horizontal axis. The reason why this happens is because the projected image is not properly projecting onto the plane of the screen at the required 90-degree angle. The following are descriptions of the different type of keystone corrections available on projectors: 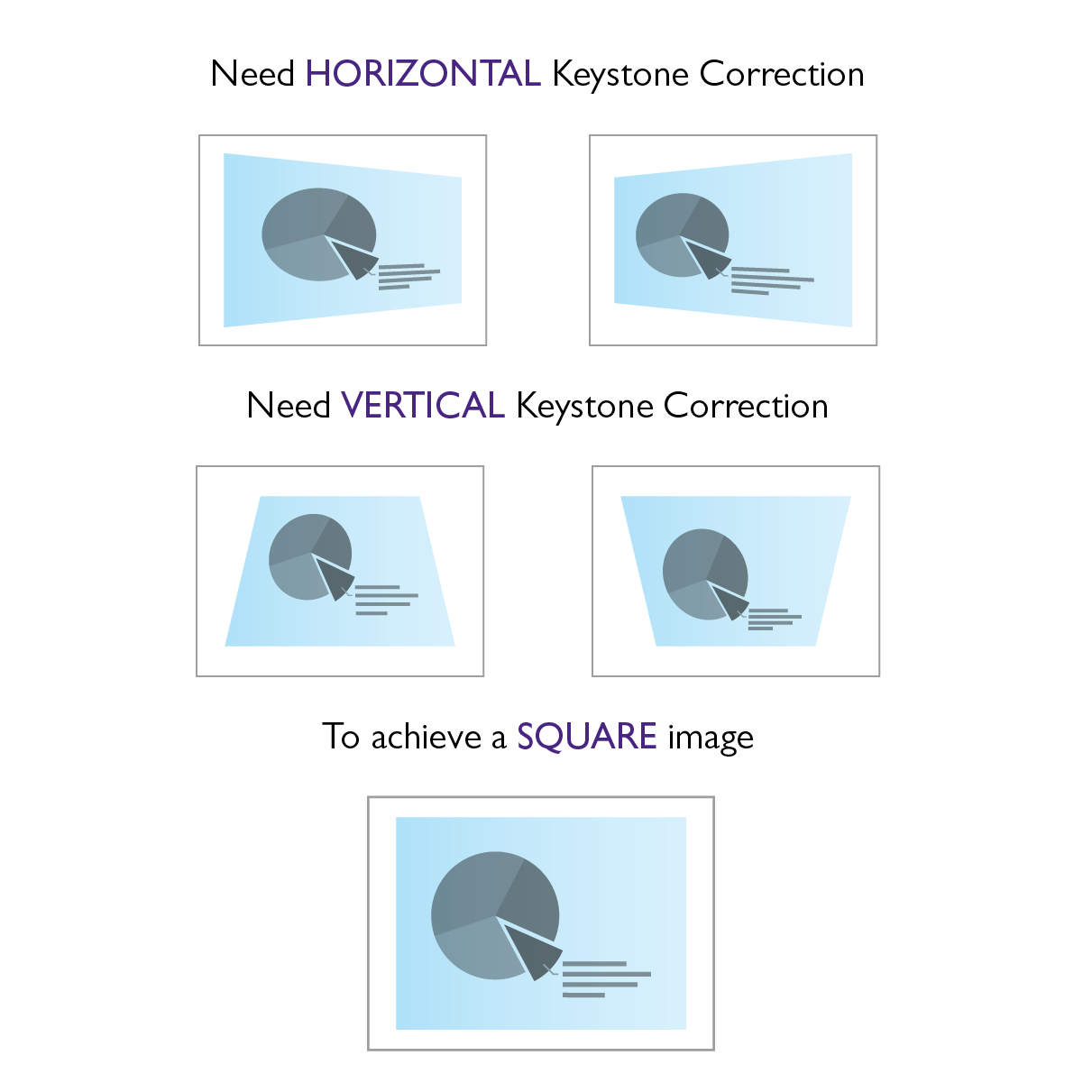 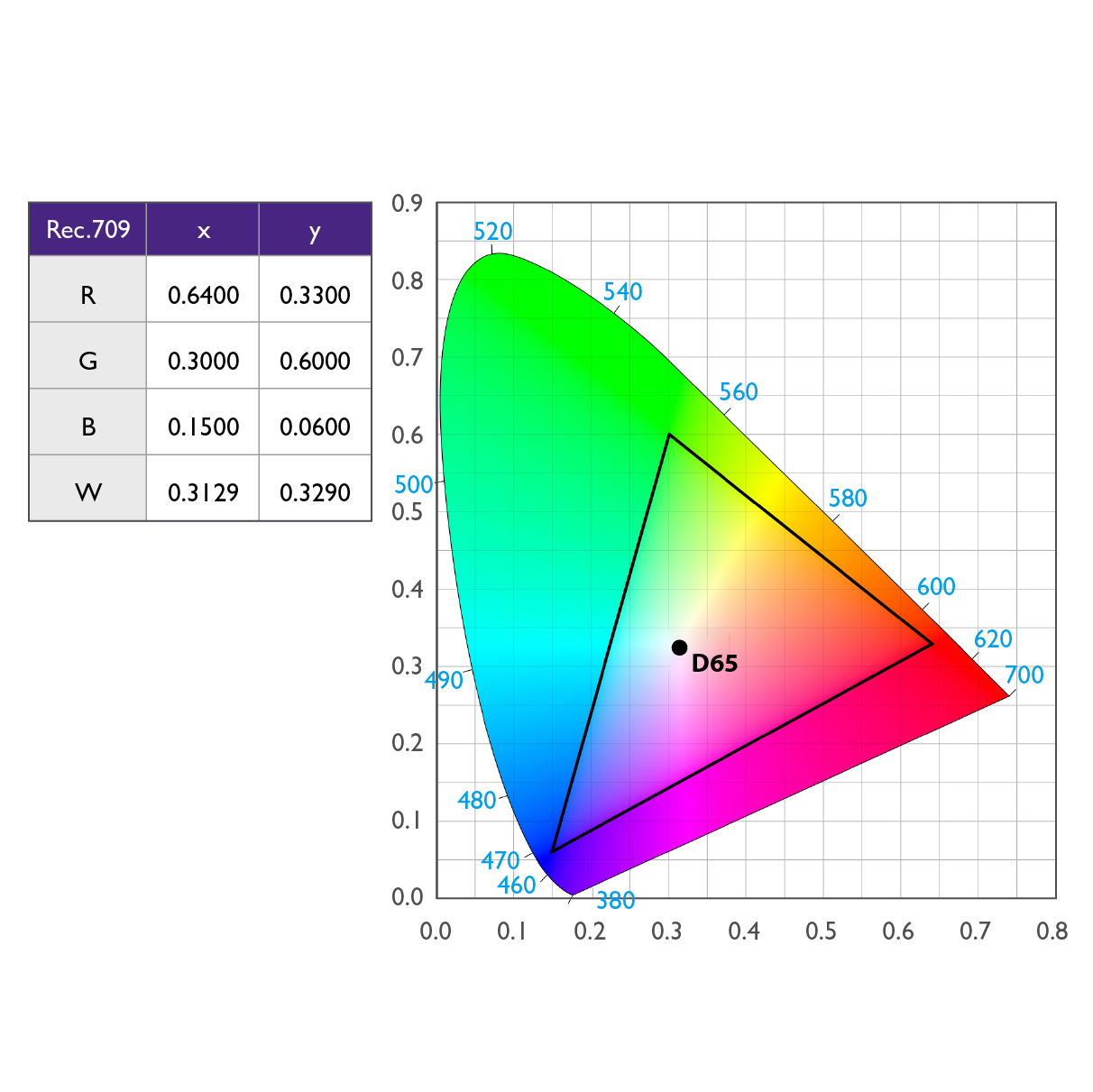 Before discussing LAN control, we must first understand what LAN means. LAN, or Local Area Network, means a group of computers in the same area interconnected to create a closed network. This network can be made up of two computers in the same office, or it can be populated by the thousand or so computers in a large company. The average company uses LAN to setup its network so that the users in its network can communicate electronically and transfer documents. In terms of projector use, all you have to do is connect the projector’s RJ-45 port to the network and set up the IP address (via the IP address capabilities of a LAN network) to be able to control the projector via LAN.

With the RS-232 standard, characters are transmitted via a string of bits strung into a serial sequence. The advantage of this type of transmission is that the lines needed to transmit the signal are few so the cables used are simpler. The disadvantage is the transmission range is shorter than network cables, so for control over long distances LAN control is recommended. BenQ projectors support the two RS-232 interfaces shown in the image below; the user manual for a projector model will indicate which specific interface it supports.