The M1 processor in Macs represents the future of the favorite platform of many creative professionals. Therefore, compatibility with their preferred brand of designer and photographer monitors, our AQCOLOR DesignVue and PhotoVue, is paramount.

Since the beginning, the performance of the M1 processor on the Mac Mini showed us a glimpse of the power efficiency and processing improvements achievable. Apple has put their experience designing highly integrated SoCs for their iPhones and iPads to good use with their Macs. But no transition is ever easy.

Reminiscent of the times when Apple moved their Macs from the PowerPC processors to off-the-shelf Intel CPUs, some things break in the process. To help things move along, the Rosetta translation layer has made a reappearance (now called Rosetta 2), making the process as painless as possible for the end-user. It allows you to run all your apps initially designed for Intel CPUs on these new ARM-based Macs transparently. However, the capacity of Rosetta to serve the more specific needs of professional users begins to meet limitations.

Many users have reported issues since the early days of adopting the new processor platform. Apple certainly is listening carefully and patching things as part of their transition process. BenQ has also been hard at work, ensuring that all of our AQCOLOR monitors offer their best performance regardless of what platform you choose to use.

When working on one of the newer Mac M1 models, your I/O options for displays are limited to USB-C on the laptops and USB-C or HDMI on the Mac Mini. If you are working with an AQCOLOR monitor with USB-C connectivity or Thunderbolt 3, you only need to plug it directly into one of the ports on your Mac using the supplied cable. For other models without USB-C, you can choose to use HDMI with the Mac Mini or rely on the fact that USB-C on the Mac can carry DisplayPort signals. Since USB-C to DisplayPort cables are passive, meaning they don't require additional circuitry, they are an affordable and discreet way to plug your DisplayPort AQCOLOR monitor into your Mac, no dongles required.

Once connected, your monitor should work flawlessly. Of course, you can always go into the System Preferences of your Mac to adjust the scaling level to your preference. The Mac will automatically detect the correct resolution and refresh rate.

Since the early days of the M1 Mac, complaints about 4K monitors limited to 30Hz and other issues with multiple monitors have been frequent in support forums. However, these bugs need to be addressed by Apple in a subsequent OS update.

One of the main features of our BenQ AQCOLOR PhotoVue series of photographer monitors is their hardware-based calibration support. Our companion software Palette Master Element (PME), must be used to carry out the hardware calibration on these monitors. This software allows you to use your existing USB calibrator to make sure your professional monitor displays the right colors. As PME handles the communication between the highly specialized hardware on the AQCOLOR monitor and the USB calibrator, running these computations through the Rosetta 2 layer provided a less-than-ideal alternative.

As of version 1.3.15, Palette Master Element is fully compatible with the Mac M1. Our engineers have ensured that the latest version of PME runs smoothly on Rosetta 2 in the newer M1 models, guaranteeing stability and excellent results. With the release of PME 1.3.15, our hardware-calibrated monitors are now compatible with the M1 Mac, meaning your valued investment in a professional monitor will continue to give you many more years of service.

BenQ introduced Paper Color Sync alongside the SW321C, one of our best PhotoVue photographer monitors. Sporting a 4K resolution and the unique ART panel minimizes reflections, it's sometimes hard to tell if you are looking at a print or a screen. Paper Color Sync is compatible with the SW321C and the SW271C, and allows you to simulate photo-print results on professional printers and different paper types to taking advantage of this unique panel technology. Using Paper Color Sync, you can edit photos in a color-accurate monitor with confidence, getting an accurate approximation of what your printouts will look like.

Many photographers now rely on Paper Color Sync to save them wasted paper and ink. This unique feature and software are now available with full compatibility on the M1 Mac platform as well. As of version 1.0.7, Paper Color Sync has been optimized to work on the M1, effortlessly producing the paper simulation results you expect.

In addition to PME for color calibration in the SW-series monitors, Display Pilot is another crucial element for PhotoVue and DesignVue monitors. This handy piece of software allows you to control every aspect of your monitor from your computer. It also helps automate some valuable tasks.

For example, Display Pilot can help you switch the color space of your monitor based on the application you are using on your computer at that time. Switching between DCI-P3 on Adobe Premier and sRGB on Adobe Illustrator, for example. Another way Display Pilot improves your working efficiency is by creating hotkeys that enable you to quickly switch inputs, color modes, and color spaces from your keyboard. For monitors with a swivel stand for portrait mode, Display Pilot can sense the change and adjust your screen orientation automatically, saving you valuable time when editing photos or working on your next design.

Unfortunately, the M1 platform has entirely foregone support for an industry-standard protocol called Display Data Channel/Command Interface (DDC/CI). DDC/CI is a protocol that allows a computer to communicate with a monitor in more complex ways using the same display cable. This protocol is what enables manufacturers like BenQ to create software that can control your monitor's OSD. DisplayPilot relies on DDC/CI, allowing the AQCOLOR monitor to communicate with your computer. The compatibility issue between Display Pilot and Apple's M1 goes deeper than ARM vs. Intel differences. At this point, the lack of support for the protocol entirely means there's no way for your M1 computer to communicate with your AQCOLOR monitor.

We are currently working on a new solution to offer the functionality of Display Pilot to Mac M1 users. We also encourage you to send feedback to Apple Customer Service about implementing DDC/CI on their new computers; we believe your voice could prove very helpful.

The BenQ PD-20 can be a perfect Mac monitor. With DCI-P3 color gamut, Thunderbolt 3 and beautiful industrial design, they are the perfect Mac companion. 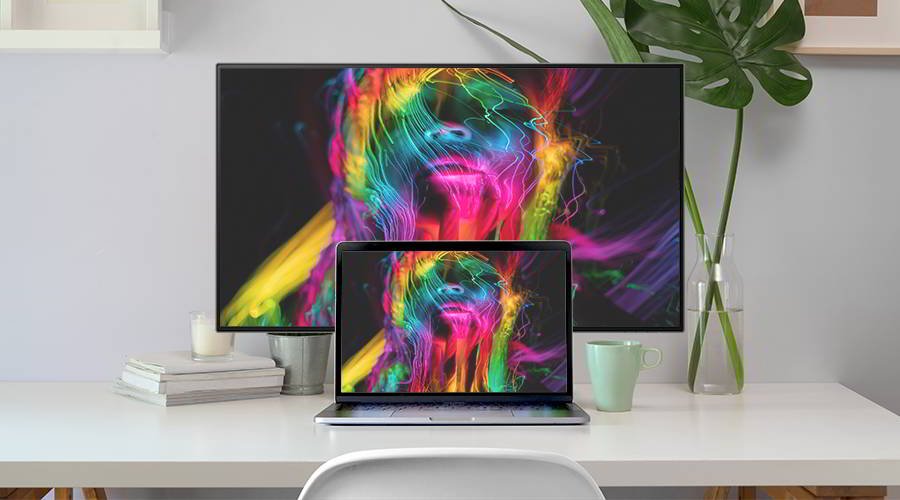 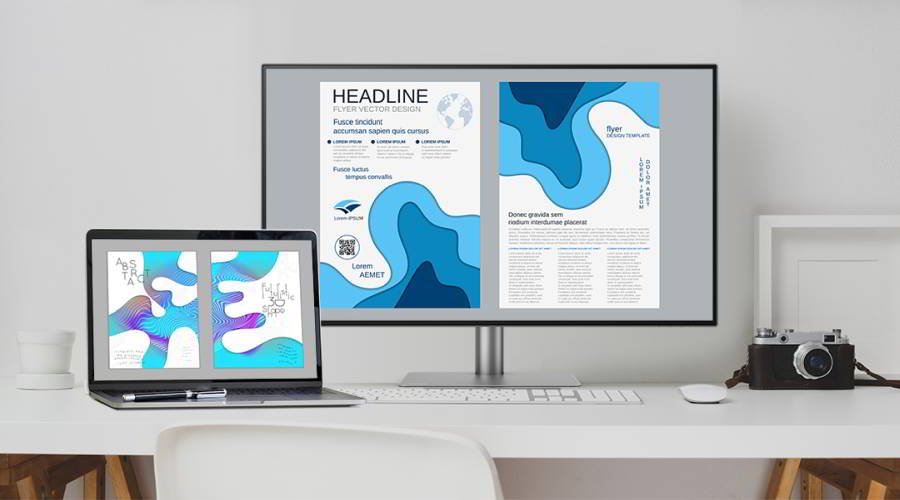 How to Choose a Mac Monitor

How to Choose a Mac Monitor ›

Using a software calibratable monitor guarantees reliable results that save you time and money. 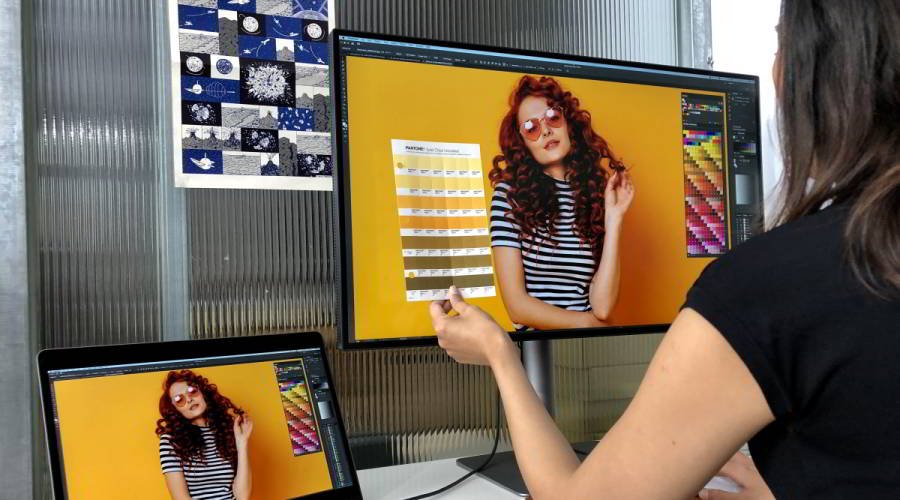 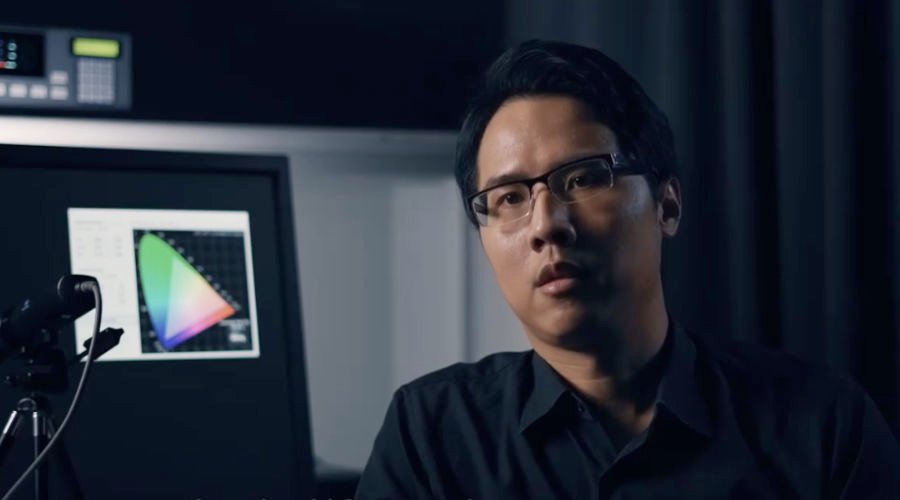 The Design Story of AQCOLOR

The Design Story of AQCOLOR ›

Learn the story behind the AQCOLOR brand. A dedicated team of color experts, experienced engineers, and creatives professionals are the soul behind the best color-accurate monitor brand. AQCOLOR is more than just technical advancement, it's the people.