The new standard for streaming, gaming, and multimedia entertainment is 4K HDR. Content is more vivid and detailed than ever before. And a 4K monitor will make sure you’re enjoying the best view you can get. 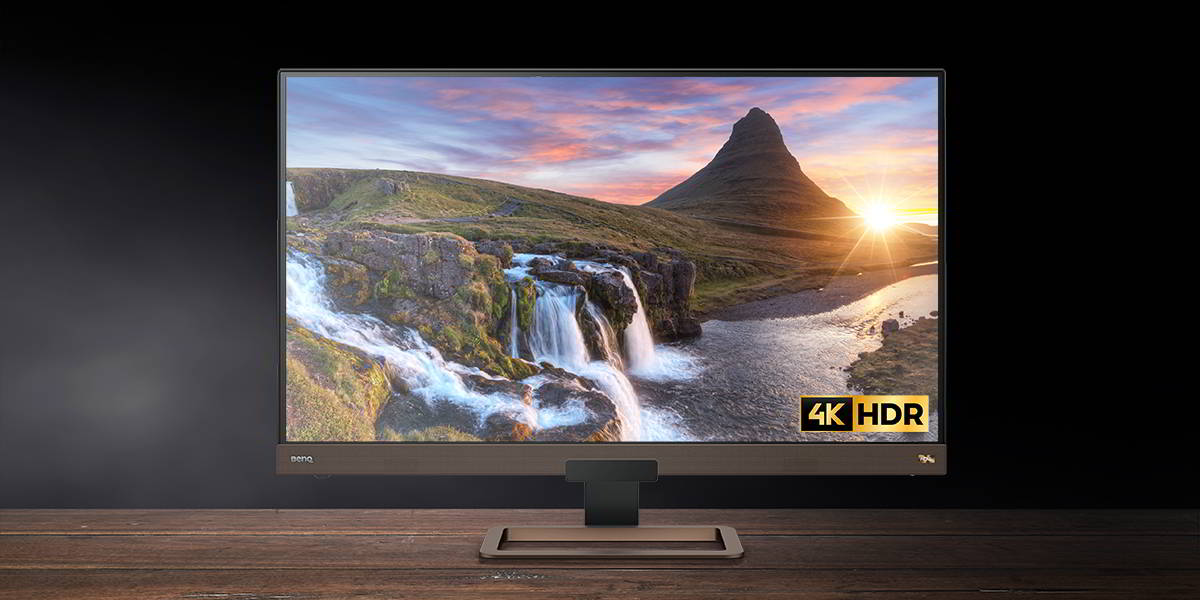 Not long ago 4K had limited programming and games. It slowly integrated into the mainstream in the mid-2010s and soon HDR emerged, making digital display more realistic than ever.

This new standard is simple: 4K, 3840x2160, with high dynamic range (HDR). This combination makes the most of the refined shadows, shading, and detail in today’s most popular entertainment. It has largely replaced full HD 1080p which dominated for a decade starting in the mid-2000s. When we say HDR we are including the widely-adopted HDR10, and other HDR standards – Dolby Vision, HLG, and HDR10+. The more standards your display supports the better, and for sure having official VESA DisplayHDR certification is a good thing.

Let’s put gaming on the side for now and focus on entertainment. Take your pick of streaming service: Netflix, Hulu, Apple TV+, Prime Video, Disney+, CBS All Access, Peacock. There are so many options, and all of them have committed to 4K HDR content. First-party exclusives and originals routinely get produced and mastered in 4K HDR, and even third-party content is shifting to the 4K HDR from 1080p SDR. Meanwhile, on the physical media side of things, the proportion of 4K HDR Blu-ray releases out of all new Blu-ray titles continues to grow. Due to the current limitations of streamed media, the closest you’ll get to totally uncompressed 4K HDR is Blu-ray. Both PS5 and Xbox Series X will have 4K Blu-ray drives, making them attractive options for entertainment buffs who are also gamers. The Xbox One S and Xbox One X already offer 4K Blu-ray drives.                                                                      Either way, if you love your movies and TV shows, not having access to a 4K display with HDR is a bit like being a music fan that insists on listening only on a mono tape player from the 1980s.

The New State of Gaming

Until not long ago, 1080p 60Hz was the graphics performance benchmark for gaming. Originally only available for PC gaming, this display became available on console with the Xbox One and PS4. By the late 2010s PC hardware got more powerful, and consoles received upgrades in the form of the PS4 Pro and Xbox One X. Suddenly 4K or 2160p wasn’t so out of reach anymore. Similarly, HDR became the norm on consoles thanks to their close association with TVs. On PC, HDR remains more on a per-game basis, with implementation up to the developers. You just need to make sure your display can handle it.                                                                                                             This year, between the new consoles and the new graphics cards for PC, high resolution will be the de facto standard for all major game releases with many likely to target higher frame rates like 120Hz. Currently, 1080p SDR has staying power because it’s appealing for competitive gaming and e-sports where speed trumps visuals. However, as graphics power increases and becomes inevitably more affordable, pro gamers might also make the switch to 4K HDR as there simply won’t be any reason not to. The push goes on to manufacture displays with great resolution, high refresh rates, and an affordable price tag.

Ready When You Are

Monitors like the BenQ EW3280U have everything you need to sync up with the 4K HDR standard. DisplayHDR certification, 60Hz IPS panel, HDRi technology, a sumptuous 32” screen with 10-bit color depth, and even built-in 2.1 channel audio. It’s strategically designed to carry users through a work or school day, then shift into an immersive multimedia monitor. If that's more monitor than you want, 27" EW2780U has you covered. In one purchase, you have everything you need for your PC and consoles for the next few years, including USB-C. And lest we forget, you also get AMD FreeSync technology to prevent screen tearing and framerate drops. Already supported by Xbox One, it’ll also be on PS5 most likely, so you’ll be ready.

There’s an ongoing process of improving the production value of our content and the equipment we use to enjoy it on. An investment in a 4K HDR monitor is just that, an investment. If your current monitor isn’t making the most of your viewing time because it lacks the clear detail, distinct shading, and realism that define immersion, it might be time to upgrade. With the library of 4K HDR content exploding, the decision gets easier every day.