This site uses cookies. By continuing to browse the site you are agreeing to our use of cookies, you can also manage preferences.
Find more
| BenQ Business Asia Pacific Resource Trends and Knowledge Connecting Your Own Device to Wireless Projector Without Drivers or Adapters

Connecting Your Own Device to Wireless Projector Without Drivers or Adapters

"From smartphones and tablets to notebook PCs, the proliferation of mobile devices that we saw in the past decade coupled with a more connected world due to the increased availability of high-speed mobile broadband (i.e. 4G and 5G) in both developing and developed economies, has led to a major shift towards a BYOD (Bring Your Own Device) approach in the business world. With a CAGR (Compound Annual Growth Rate) of up to 15% for 2021 (partly due to the pandemic), the BYOD market shows no signs of stopping as it has been further buoyed by startup cultures that favor its ability to drastically reduce infrastructure-related startup costs. One of the outgrowths from this trend has been an increasing need for businesses to also make themselves BYOP (Bring Your Own Presentation) ready. As a result of the diversity of devices within the BYOD ecosystem, devices which feature varying operating systems, the demand for BYOP equipment that supports the full spectrum of operating systems and their wireless casting/projection platforms has also seen a boom, with the global wireless projector market expected to grow from roughly US$1.6 billion in 2020 to US$2.4 billion by the end of 2025 according to ReportLinker. But what should businesses take into consideration when purchasing their BYOP equipment, particularly wireless projectors? Before we get into that question, it’s best if we first discuss the current landscape of the technology powering today’s wireless projectors: wireless casting technology. "

AirPlay is the wireless casting platform featured in Apple TV and/or iOS-powered devices that utilizes Apple’s Bonjour technology to create quick, high-speed connections with other mobile devices in order to transmit streaming media. Its first appearance on the market was in 2010 when it was integrated into iTunes 10.1, and subsequently other Apple products such as the iPhone, iPad, and MAC.

Google Cast is the screen casting platform developed by Google that allows users to share audio/video content from their mobile devices to larger displays such as TVs or projectors. Outside of supporting basic screen mirroring capabilities, Google Cast’s technology mainly works by having the transmitting device (i.e. the smartphone) send the URL of the video it is viewing in an HTML5-based app (e.g. YouTube) to the receiving device (i.e. the display) and then having the receiving device download and play the content locally via its app. The advantage of this type of technology is it eats up far less of the transmitting device’s resources, since it’s mainly the receiving device that is responsible for download and playback, allowing it to save power while giving the user the computing capacity to proceed with other tasks on the device.

Miracast is the wireless connection technology released by the Wi-Fi Alliance in 2012 that is built around the Wi-Fi Direct standard. Via a Miracast-supporting receiver, users can wirelessly transmit their Miracast-supporting mobile device’s screen onto a larger display. With Android 5.0 and up and Windows 8/10 coming standard with support for Miracast, users can use it to screencast wirelessly without installation of any additional drivers or software. Furthermore, as Miracast uses the UDP protocol in its transmissions, Miracast connections are assured a lower amount of wireless interference.

The Importance of Driver-Free Screen Casting

One of the main challenges for a BYOD workplace is the question of security. By allowing employees to use their own devices to perform work-related tasks, companies allow major parts of their business to be outside of the control of an IT professional, thereby opening themselves up to an array of vulnerabilities including data-breaches. This is why driver-free screen casting technology, such as the three discussed above, is so important in the move to BYOP. They allow companies to sidestep the risk of third-party apps and the vulnerabilities they may bring. At the same time, on the employee side of things, driver-free screen casting removes the inconvenience of working through compatibility issues and additional installation procedures for both hardware and software. This gives the employee the ability to effortlessly share their content from their device’s screen.

To accommodate the wireless connection capabilities of the various platforms described above, BenQ’s wireless projectors employs standard IEEE 802.11 Wi-Fi technology, which is also the standard utilized by the vast majority of mobile devices out now. This compatibility between devices lets BenQ’s projectors function across platforms so that each device is able to project wirelessly. Beyond that, BenQ’s smart wireless projectors support transmissions via the 5GHz Wi-Fi frequency, which is important because 5GHz transmissions avoid the log jam and interference that is prevalent with the more commonly used 2.4GHz channel, due to the 2.4GHz frequency’s widespread use by non-Wi-Fi devices (such as Bluetooth devices and even induction stoves). One such smart projector, BenQ’s EH600, features hardware that allows for both 2.4GHz and 5GHz Wi-Fi, thereby reducing the chance of signal interference due to the simultaneous use of the same channel by multiple devices. Coupled with that is support for both Google Cast and AirPlay, which as detailed above allows the vast majority of devices on the market to project wirelessly without the need to install any additional hardware, drivers, or software. Using the EH600 as an example, the instructions below detail how easy it is to project wirelessly via either Google Cast/Chromecast or AirPlay:

Beyond what was previously discussed in terms of its functionality, Google Cast also allows casting through the Chrome browser, the predominant browser on the market today. Whereas in the past presentations were mainly limited to PowerPoint slideshows, modern presentations involve content from the Web, apps, online programs, and even games; so, with its screen mirroring capabilities and casting via Chrome tabs, Google Cast fully accommodates the wide range of content modern users employ. To project wirelessly via Google Cast just follow the steps below:

1.  Connect your mobile device to the same Wi-Fi network/SSID as EH600.

3.  Select EH600 as the output device and you’re ready to project. 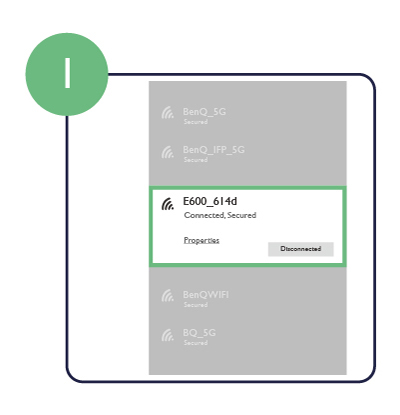 1. Connect your mobile device to the same Wi-Fi network/SSID as EH600. 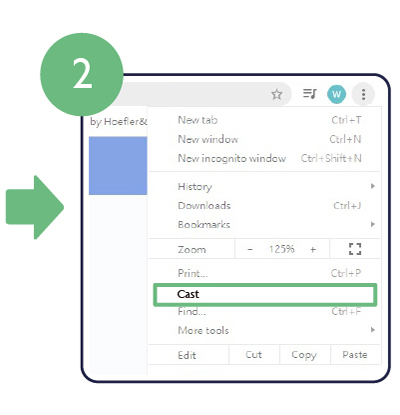 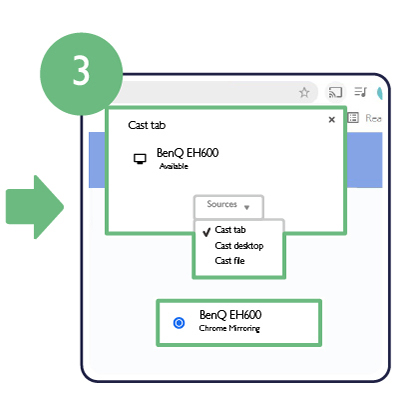 3. Select EH600 as the output device and you’re ready to project. 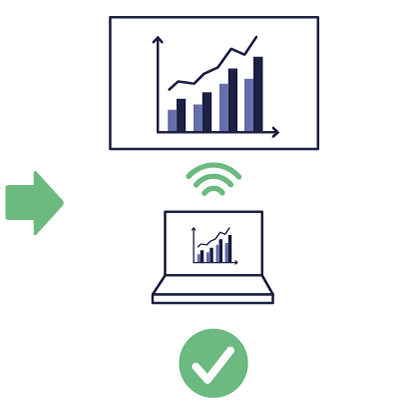 Even though there are a lot of products on the market that claim that they support AirPlay, many of them require further installation of a proprietary app, which, as already discussed, introduces vulnerabilities for a BYOD business. Thus EH600’s native support for AirPlay, gives it a major advantage over its competitors. To project wirelessly via AirPlay just follow the steps below: 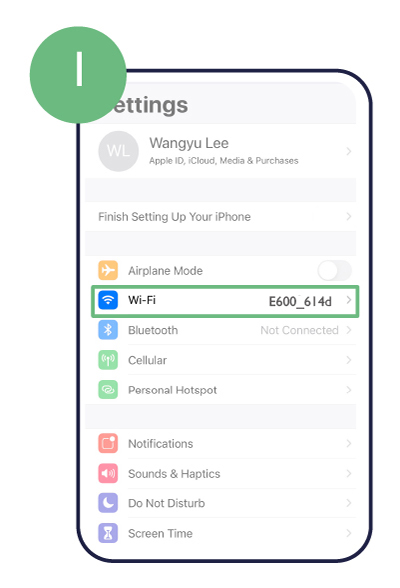 1. Connect your mobile device to the same Wi-Fi network/SSD as EH600. 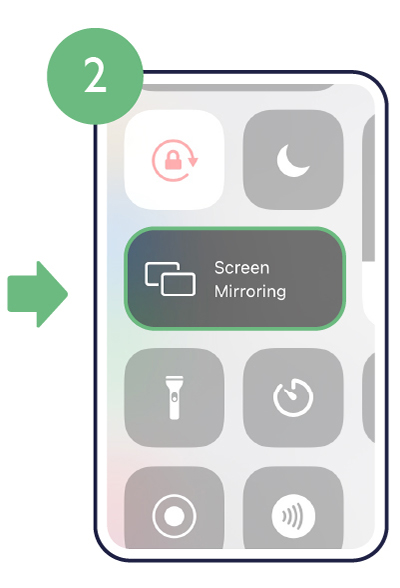 2. For iPhones launch the Screen Mirroring function. For MACs click the AirPlay button at the top-right corner of your desktop. 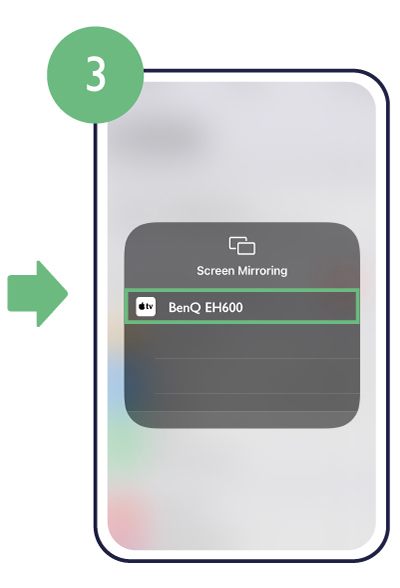 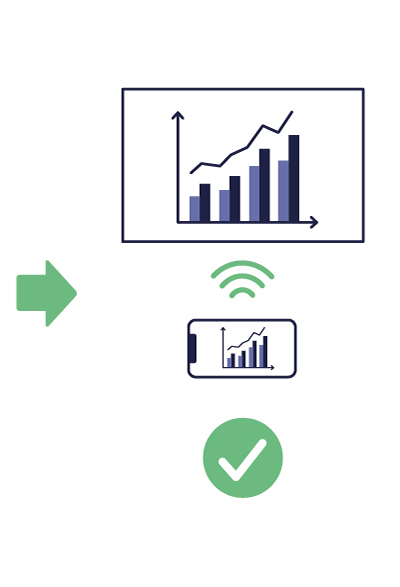 To meet the needs of businesses and educational establishments, BenQ’s wireless projectors are also designed with authorization features that give a user, such as a presentation moderator or teacher, greater control over what is being projected. There is also a related feature that allows the user to temporarily disable wireless projections, to prevent unexpected interruptions to a presentation.

To use these features, enable any of the following options in the Wireless Presentation menu:

• Confirm before mirroring – Once enabled this function will require confirmation from the moderator anytime a person tries to project their content wirelessly.

When the Confirm before mirroring function is enabled, the following notification will appear on screen anytime a user attempts to project wirelessly, from which the moderator can choose “Allow” or “Ignore”. 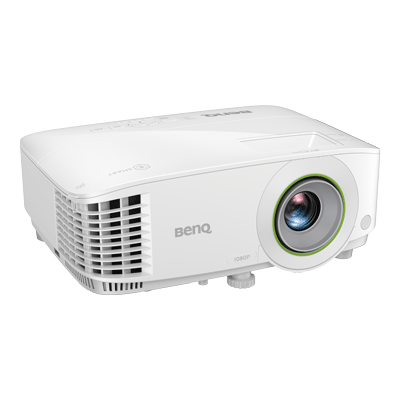 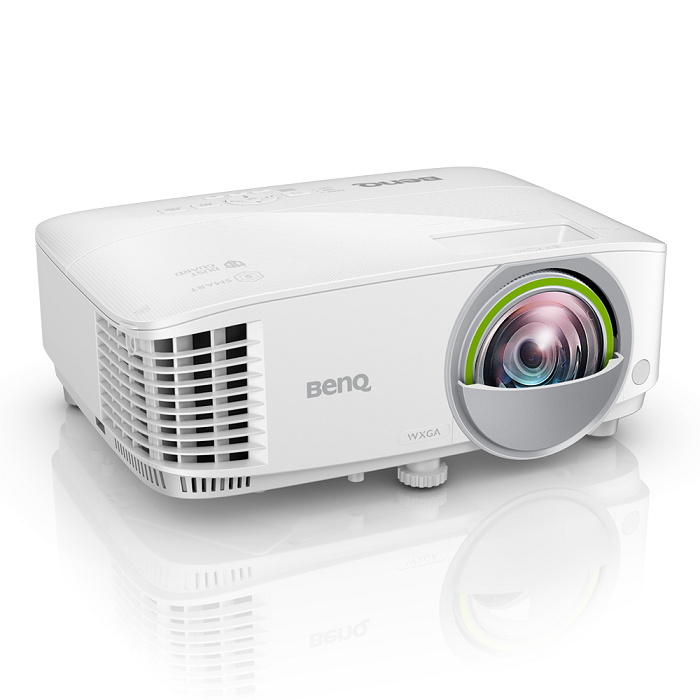 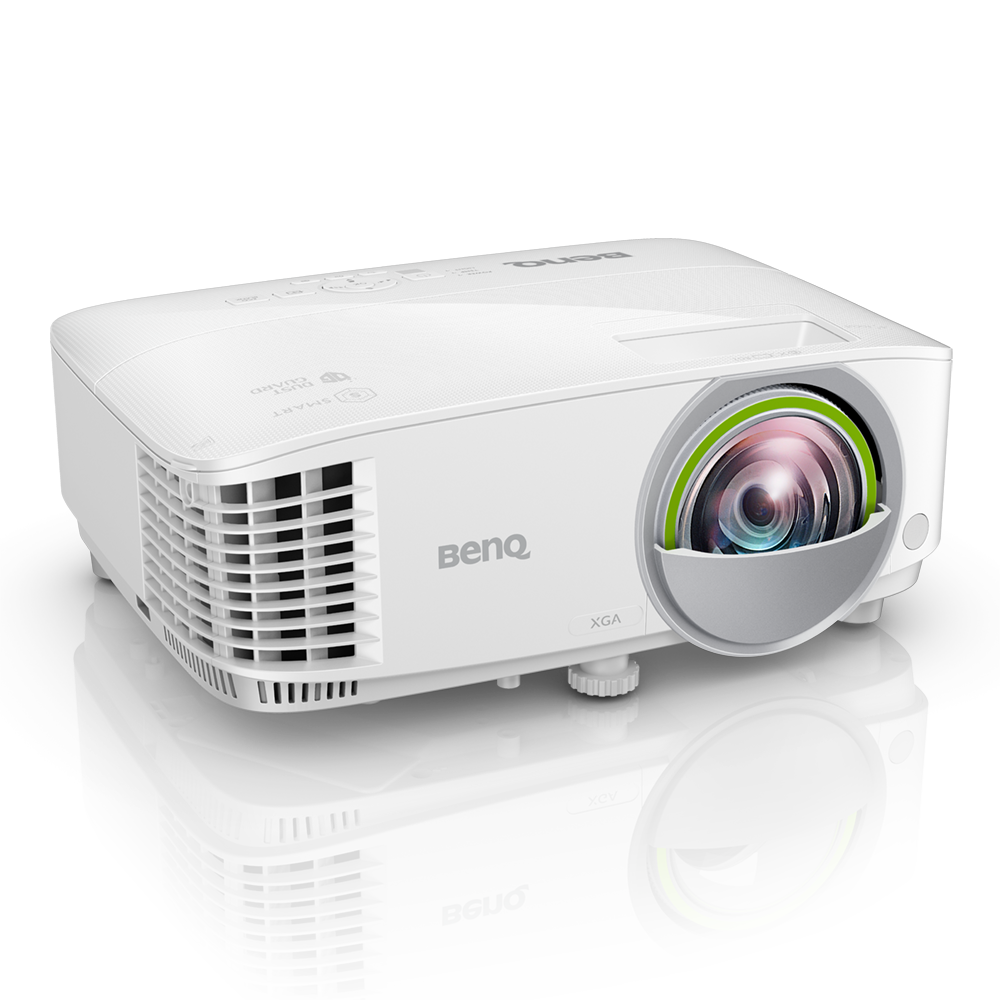