Most certainly, and that applies whether you’re on a monitor, projector, portable projector, or your trusty TV. While up until HDMI 1.3 the saying “all HDMI cables are made equal” was more or less correct, since HDMI 1.4 and the advent of 4K the various data bandwidth of each cable makes a huge difference.

To place things in perspective, HDMI 1.3 can pass 10.2Gbps (gigabits per second) and doesn’t support 4K at all. That version of HDMI is now retro, being a product of the 2000s and the 1080p era. HDMI 1.4 has the same bandwidth of 10.2Gbps. It was designed as a quick fix update to HDMI 1.3, with support for 4K in 30Hz and no HDR. Then a massive step up arrived with HDMI 2.0, which nearly doubled bandwidth to 18Gbps. That allows for 4K 60Hz (or 60 frames per second) plus HDR metadata. It’s why HDMI 2.0 was so effective in popularizing 4K HDR video and importantly 4K HDR gaming. While 4K 30Hz may be OK for some game genres, 4K 60Hz offers good performance even in the most reflex-based titles.

More recently, along came HDMI 2.1, the biggest development in HDMI history. This monster again more than doubles bandwidth, going up to 48Gbps. HDMI 2.1 supports 4K 120Hz and 8K 60Hz, so it’s very future proof. The bandwidth overhead is even enough for features like auto low latency mode and variable refresh rates, two features aimed squarely at high end gaming. HDMI 2.1 further supports the next generation of HDR, known as dynamic HDR. As you may guess, dynamic HDR adjusts image parameters on the fly rather than outputting a fixed HDR profile. Amazingly, HDMI 2.1 even supports 10K resolution in 24Hz for cinematic and television content.

So yes, HDMI bandwidth definitely makes a difference. The days of buying just any cable are long behind us.

How Can I Tell If My HDMI Cable Is Working?

In the past, because HDMI works as a digital connector, common wisdom said you’d either get a signal or no signal, and that was the way to tell. While this still holds true for extreme situations (such as a completely faulty cable), it doesn’t work when trying to test an HDMI cable’s bandwidth nuances.

Since HDMI cables and versions are all backwards compatible, a poorly made HDMI 2.0 cable that can only handle 15Gbps instead of 18Gbps will still seemingly work just fine. However, it won’t be able to display a full 4K 60Hz HDR image. You need to be slightly vigilant and look for warning signs of insufficient bandwidth.

The most obvious are artifacts. If parts of the screen flicker or the whole screen goes green (or some other color) for a split second, then you’re looking at a bandwidth bottleneck. If possible, go into the settings for your devices and change things around. The easiest would be chroma sampling. A good HDMI 2.0 cable can do 4K 60Hz HDR in 4:2:2. If you force it to pass 4:4:4 content, you may run into the artifacts we mentioned above.

By the same token, if your HDMI 2.0 cable shows artifacts when running content in 4:2:2 but no artifacts if you change your settings to 4:2:0, then you know it’s not really capable of that 18Gbps bandwidth.

What Are Some of the Other Signs of Insufficient Bandwidth?

In addition to split second coloration of the screen, you may get something that looks like snow or sparkles. All of these simply mean there isn’t enough room for the data the cable is trying to pass, and the missing space is rendered as “junk” rather than actual image content.

Flashes and sparkles happen when your source devices (console, streaming box, streaming app, PC, etc.), cable, and display (monitor, projector, TV) fail to negotiate a stable connection. HDMI is a smart, active connection standard. That means the components it links and the cable talk to each other all the time. If their processing elements are sophisticated enough, they may automatically adjust image quality to prevent artifacts. You’ll be able to tell this by going into settings or bringing up image data info. If your HDMI cable isn’t good enough, you’ll realize what you’re looking at isn’t HDR after all because the HDR data will be disabled or greyed out. Or it’ll say 4:2:0, whereas you were expecting 4:2:2.

Some devices, like Apple TV, Xbox One, and PlayStation 4, have HDMI cable testing and provide pretty detailed information regarding what the cable supports. Make use of those features!

So How Do I Choose a Good HDMI Cable?

Tricky question, to be honest. Of course try to stick with known brands or brands that you’ve had good experiences with. Buy from reputable retailers and check the specs of the cable in question. Contrary to modern cynicism, cable manufacturers rarely lie about specs as it’s not worth the risk. If a cable says HDMI 2.0 premium then there’s a 99% chance it’ll support the full 18Gbps bandwidth.

Ultimately, you’ll need to keep an eye out for how the cable performs. That’s the only tried and true test. Drastic quality issues will manifest right away, as will flash and sparkle artifacts. It’s important not to get paranoid: unlike what you may sometimes hear, HDMI cables DO NOT cause screen tearing, ghosting, or horrible input lag. They may conceivably contribute to these problems, but not cause them as that’s the realm of your source and display devices.

We hope this has helped you feel better about your HDMI cables! 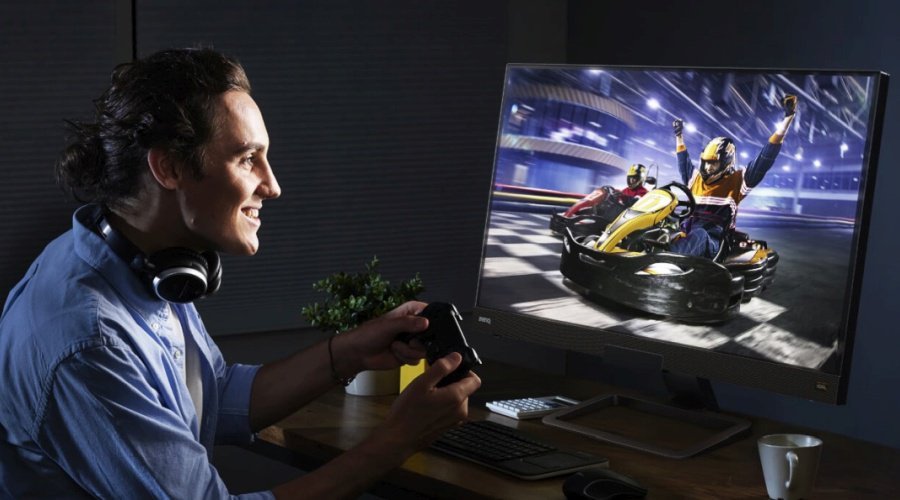 How to Choose Between TN, VA, and IPS Panels for the Games You Play ›

The projection screen's size, material and type matter if you would like to have an amazing viewing experience.

Let's discuss the three main aspects of screens: material, size, and style. We’ll then cover how to choose the best screen for your room and projector.

The monitor use is trying to make his monitor run at 144hz response rate. 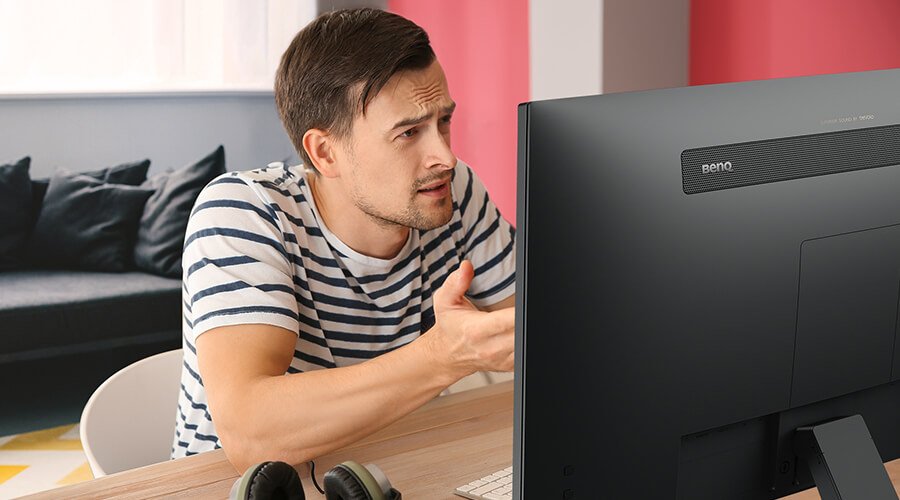 Troubleshooting: How to Make Your Monitor Run at 144Hz?

Troubleshooting: How to Make Your Monitor Run at 144Hz? ›

Why is my 144Hz monitor only running at 60Hz? You’ve purchased a monitor that claims to offer a 120Hz or 144Hz refresh rate but it may not actually run at its advertised refresh rate. You will find out what to do, to change some settings or sort out your hardware, to set your monitor to 144 Hz and enjoy a smooth gameplay.