While not a powerhouse like the recent consoles from Microsoft and their good friends over at Sony, Nintendo’s modular Switch more than holds its own. Launched almost four years ago, the Switch has become super popular. It’s also proven that raw power isn’t all that matters. Big titles like The Witcher 3 and DOOM Eternal play on Switch just as they do on much more powerful systems in terms of features. Sure, the resolution may be much lower and the settings are nowhere near as impressive, but to all intents and purposes they’re the same game. This indeed shows that compute power isn’t always everything.

The Nintendo Switch was made for multi-role gaming, as in on the go and in the home. Docked mode offers slightly more power, allowing a mild overclock of internal components. It’s docked mode we’re talking about today, because the Switch obviously has an HDMI out so there’s no reason you can’t plug it in to a PC gaming monitor. Come to think of it, if you’re primarily a PC gamer but want a console palate cleanser of sorts or a secondary and more “casual” gaming platform, the Switch is perfect. And since the Nintendo console doesn’t support 4K HDR, you don’t even need an ultra fancy monitor to make the most of it.

Best Monitors for the Switch

The highest resolution currently offered by the Nintendo Switch is 1080p, or full HD 1920 x 1080. There’s no HDR, but good monitors can add that with smart HDR, like BenQ HDRi technology. But let’s get back to resolution. We recommend a 25” or 27” 1080p monitor. Bigger than that and the pixel density will be too low, making Switch visuals appear washed out and blurry. Going with a 25” gaming monitor would be best.

Augmenting the Image in Full RGB

The Switch isn’t the most beastly console in the graphics department, but more than makes up for that with gameplay. Still, smart HDR addition and refined contrast, brightness, and color tuning all result in a better image. And with a PC monitor you’ll finally be able to make the most of the Switch’s controversial full RGB output setting. Why controversial? Because 99.9% of Switches remain connected to TVs, which prefer limited RGB. With a PC monitor, the much more complete full RGB setting has no problem displaying correctly, resulting in better Switch image quality.

Perfect for That Nintendo Look

Unlike the flashy, grim, and occasionally overly-artistic look of many releases on other platforms, Nintendo’s in-house efforts are known for their bold yet simple and primary-color based visual aspect. Lots of greens, reds, blues, yellows, whites, and so on. Color plays a huge role in Nintendo games, because most of them are designed for intuitive, pick up and play experiences. So monitors with features like Color Vibrance that know how to enhance color data are an excellent way to accentuate and improve Switch visuals. Additionally, you get very impressive image quality on a 25” form factor, which is far more intimate than a 65” TV that’s not really suited to the Switch’s docked mode because it makes visuals look blurry compared to the crisp look of the portable Switch screen. Remember, even in docked mode the Switch is still primarily a mobile console. It’s not meant for really big screens, and we’re genuinely surprised more people haven’t made the connection to PC gaming monitors.

Fast Response for Every Genre

Good PC gaming monitors offer nearly lag-free response, with 1ms MPRT, or moving picture response time. This is great in any case, whether you like Nintendo exclusives like Pikmin and Hyrule Warriors, or prefer to indulge in a spot of competitive Fortnite. While the Switch doesn’t support anything over 60Hz in terms of refresh rate, it certainly doesn’t hurt playing on a 144Hz panel. There’s bound to be a new Switch over the next year or two, so why not future proof?

So do consider plugging your Nintendo Switch to a PC gaming monitor. That’s not just original, it’s actually a pretty smart thing to do. You’ll thank us. 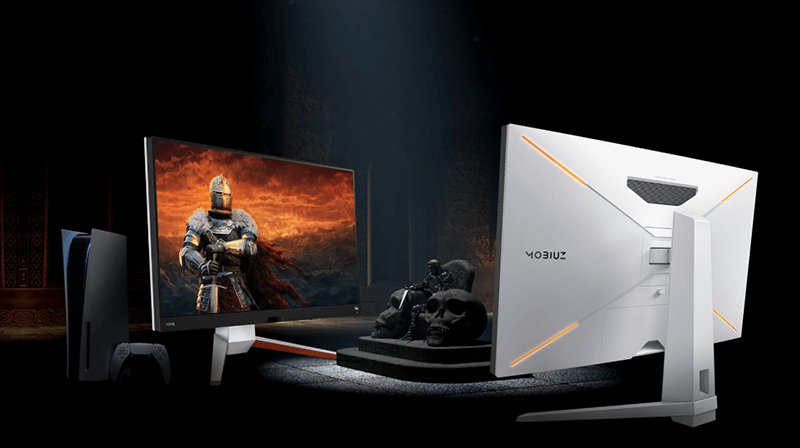