This site uses cookies. By continuing to browse the site you are agreeing to our use of cookies, you can also manage preferences.
Cookie Setting Find More
| BenQ Business Asia Pacific Resource Trends and Knowledge Why You Should Keep Dust Out of Your Classroom ?

Why You Should Keep Dust Out of Your Classroom ?

Whether it’s sand, dust, pollen, or other particulate matter, dirty air is simply a fact of life for most of the world’s population. In fact, research from the World Health Organization has revealed that over 90% of people live in areas with air pollution. While improvements have been made in developed countries, overall air pollution levels worldwide have remained high and stable over the past 6 years. While going inside and closing the windows may seem like a way to avoid air pollution, this is often not the case, as evidenced by a recent study of UK schools that showed PM10 concentrations were often higher inside than outside. The effect of poor air quality on human health is well documented. But did you know that dust is also an invisible killer of equipment, particularly in schools? Most classroom equipment is constantly exposed to the air even when not in use, resulting in dust accumulation that can cause damage. Furthermore, pieces of equipment that use fans for cooling, such as projectors, will constantly suck in air while in use, making them especially susceptible to harmful dust.

The bulbs in traditional lamp projectors often reach temperatures as high as 800~900°C while operating, meaning heat dissipation is especially important. But accumulated dust on the vents can disrupt heat dissipation, reducing speed and performance and occasionally even forcing automatic shutdowns due to heat surges.

Even in projectors that employ a dust filter to safeguard against heat-related issues, finer dust can still accumulate on the color wheel, leading to degraded images and reduced brightness.

Whether it’s overheating, crashing, or color degradation, failing projectors can’t be fixed by teachers or students. Regardless of whether a school relies upon on-site IT personnel or outsources to a contractor, increased repair costs lead to higher school budgets.

Most importantly, however, is the fact that Dust Guard Technology can reduce expenditures on maintenance and also reduce the time and trouble required to fix equipment. Employing models with Dust Guard Technology in every classroom can significantly lower a school’s total cost of projector ownership, making BenQ Education Laser Projectors the ideal long-term projection solution for educators everywhere. BenQ Social BenQ on Facebook BenQ on LinkedIn BenQ on Youtube Related Content 2020.03.16 by BenQ A Buyer’s Guide to Business Projectors-Knowing the Specs to Choose the Ideal Business Projector 2020.02.17 by BenQ Need-to-Know Facts When Buying a Projector 2019.10.29 by BenQ Blended Learning Is the Future of Education. Is Your School Ready? 2019.10.25 by BenQ Why Glass Lenses are Important for Projectors 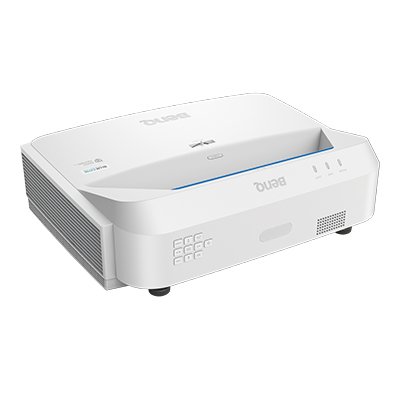