This site uses cookies. By continuing to browse the site you are agreeing to our use of cookies, you can also manage preferences.
Cookie Setting Find More
| BenQ Business Asia Pacific Resource Success Stories Making Real Estate Properties More Attractive with Hillewaere Group

Hillewaere Group, a real estate agency with 9 offices in Flanders, Belgium, wanted to upgrade their facilities at their headquarters in Turnhout to better serve their customers. They wished to modernize how they welcomed new customers into the store and also sought to boost the effectiveness of their customer meetings.

Based on the recommendation of their system integrator, Hillewaere Group looked to BenQ for help in redesigning their office. An eye-catching video wall was installed by the main entrance in order to better attract customers, and high-resolution smart displays were introduced to meeting rooms and offices in order to facilitate smoother, more effective business dealings.

The Hillewaere Group was extremely satisfied with the professional advice BenQ offered. They were also impressed with BenQ’s communication and oversight throughout the redesign process. The real estate agency feels the displays are the perfect solution to the issues they were facing and are elated with how customers have reacted to the redesigned office.

Hillewaere Group is a Belgian real estate agency that brokerages the sale and rental of residential homes, apartments, and commercial buildings. Their nine branch offices focus on brokering high-end real estate in the provinces of Antwerp, Limburg, and East Flanders. Recently, Hillewaere’s Turnhout branch began looking into how they could better attract and retain customers. They kicked off their search as most businesses would: With a call to their systems integrator, Selo Systems.

Selo Systems came over to Hillewaere and together they discussed their options. Hillewaere’s goals were clear. They wanted their office to welcome customers in a charming, distinctive way that reflected their company’s characteristics. Furthermore, in order to let potential clients get a better preview of real estate, Hillewaere decided that they needed to upgrade the displays throughout their office make it easier to examine and discuss various properties. Fortunately for Hillewaere, Selo Systems had the ideal vendor in mind.

Based on Selo Systems’ recommendation, Hillewaere concluded that BenQ would be the best vendor to help redesign their office. The first upgrade this partnership brought was the replacement of all of Hillewaere’s displays. By bringing in BenQ’s Smart Signage, Hillewaere was able to dramatically improve how they presented properties to potential customers. By making use of the large, 4K screens of BenQ’s ST430K, ST550K, and ST650K Smart Signage displays, Hillewaere’s employees have been able to give real-estate shoppers a clearer, more vivid picture of the properties they’re interested in. Able to be used in tandem with a PC but also capable of delivering content without an external device, these BenQ displays were perfect for handling a number of meeting scenarios. Additionally, their sleek, stylish appearance was a perfect match for Hillewaere’s upscale image.

Continuing their office makeover, Hillewaere decided they also needed an eye-catching display that would strike customers as soon as they entered the office. To this end they decided to install a video wall beside the entrance. Employing eight BenQ PL552 Super Narrow Bezel Displays, four on either side of the entryway, Hillewaere was able to make the kind of visual impact they had always dreamed of. Offering stunning 4K clarity and featuring extremely narrow bezels, the PL552 displays were optimized for immersive, virtually seamless video walls. They also offered a number of content-distribution options, including the capability of streaming video or photos directly from a USB, which made them easy to set up and even easier to maintain.

When all was said and finished, Hillewaere was deeply satisfied with the choice to work with BenQ. BenQ worked quickly and efficiently, keeping open lines of communication with both Selo Systems and Hilleware to ensure the entire operation went smoothly. Furthermore, the impressive quality of BenQ’s displays led to an end product that Hillewaere could be proud of. Hillewaere sought to boost their image as a professional, knowledgeable, service-oriented company, and are proud to report that BenQ’s display solutions perfectly reflect what their company stands for. 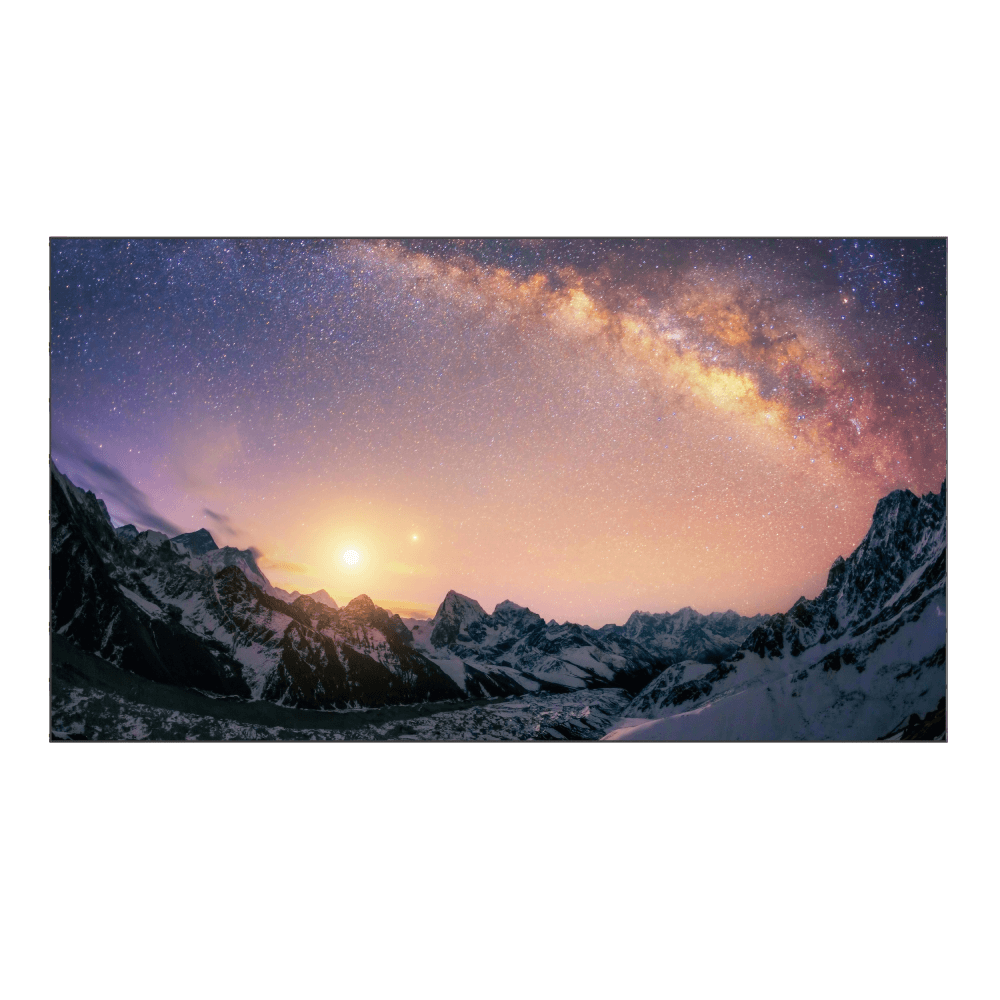