This site uses cookies. By continuing to browse the site you are agreeing to our use of cookies, you can also manage preferences.
Find more
| BenQ Business Asia Pacific Resource Success Stories Dubai English School and BenQ Interactive Flat Panel

BenQ’s RP651+ interactive flat panels were selected by the school to replace the interactive whiteboards for its superior whiteboard features. Later, RP652 models were introduced to the school for their Android™ OS compatibility.

An interactive flat panel for every classroom

Dubai English Speaking School is one of the oldest expatriate schools in Dubai. Founded in 1963, the school was meant to be a premier education center for children of expatriates working in the Emirates and heirs of Dubai’s royal family. The school’s history and prestige meant that everything had to be held to the highest standard.

The previous positive product experience with BenQ encouraged the head teacher to explore what interactive flat panel options the company has to offer. After taking in the challenges faced by the school and its staff members using interactive whiteboards, BenQ offered the school a product demonstration of its latest interactive flat panels. By the end of the session, the staff felt as confident toward BenQ products as the head teacher did. They were particularly impressed with the high PPI ratio for the displays’ size, the high image quality of full HD resolution, as well as the anti-glare screen design that allows teachers to keep the lights on during class.

As the RP652 doesn’t require an overhead projector, there would be no shadow disruption or direct contact with blinding projector light. What’s more, these interactive flat panels are installation friendly with accessories such as an adjustable mount that enables a custom fit for every types of classroom and teaching purpose. For instance, teachers can lower the screen effortlessly when teaching younger students with the adjustable mount. During the entire installation period, BenQ’s tech support was available for any issues Dubai English Speaking School may face. This dedication further cemented the school’s belief of having made the best decision.

The staff members of Dubai English Speaking School were enamored with BenQ’s interactive flat panels. Following the demo, the school ordered ten units for immediate installation. Shortly thereafter, an additional 50 units were ordered. The AndroidTM compatible RP652 interactive flat panels allowed the staff to stream and share content directly from their smart devices. They also no longer have to worry about casting shadows on the screen like they did with an overhead projector. The RP652 models’ offered a low blue light display, which helps protect the young eyes from looking at the screen often and reduces eye fatigue significantly. Last but not least, the anti-glare treatment of the display screen ensures a disruption-free viewing experience at all times. After the initial testing phase, the school made sure to get a BenQ interactive flat panel for every classroom and promised to to recommend BenQ screens to its sister school, a college campus, making BenQ a trusted classroom aid for Dubai’s youth. 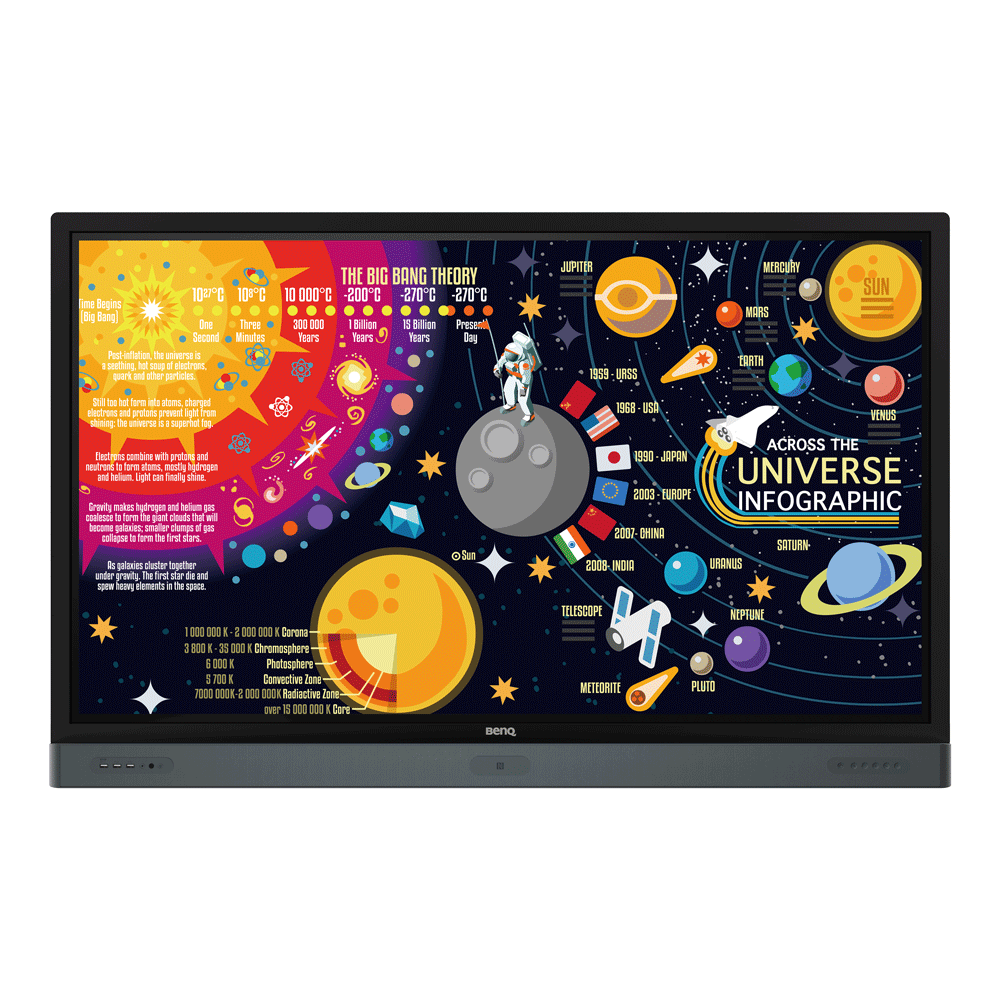