What is screen mirroring? 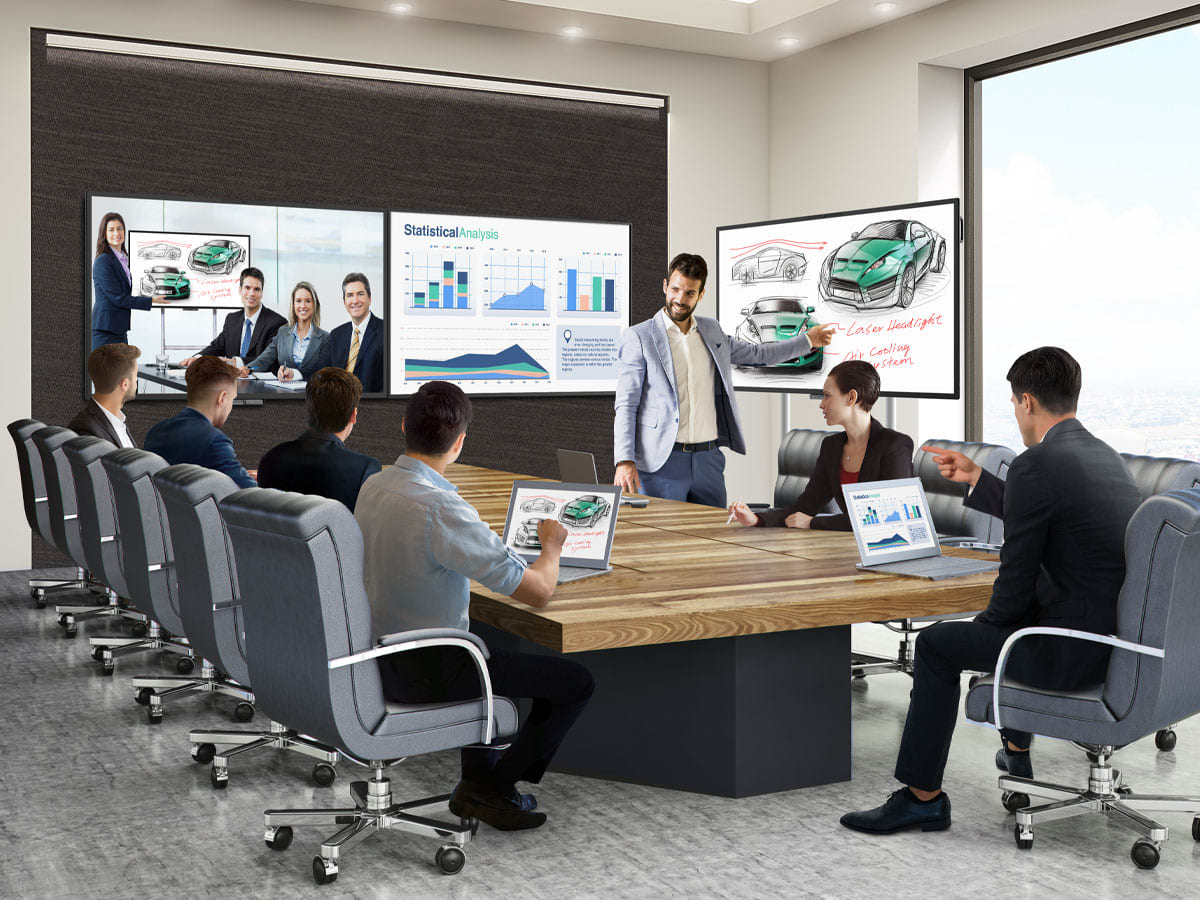 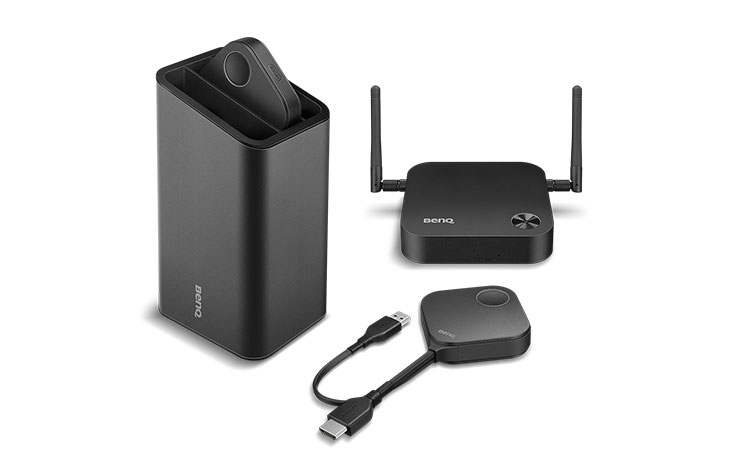 Linux devices such as data servers, Raspberry Pi and Beagle Board are increasingly common – and output critical video content for engineering projects and load information. You can use an HDMI transmitter button to share wirelessly.

What devices can I mirror from?

If you have a group of Mac users with new MacBook Pro’s, older MacBook Air’s – and a smattering of iPads and iPhones , you can use either a physical transmitter button, Apple’s native AirPlay protocol or a screen mirroring application such as InstaShare to mirror your screen.

Miracast – Swipe or click to access and use the Control Center to select screen mirroring from your device. It will find the display if it is on the same network as your device.

Software applications – use a software program that is compatible with your receiver to transmit your screen to the receiver.

These devices have closed operating systems – but a wireless HDMI transmitter button such as the InstaShow can connect and transmit information to the screen.

Linux devices such as data servers, Raspberry Pi and Beagle Board are increasingly common – and output critical video content for engineering projects and load information. You can use an HDMI transmitter button to share wirelessly.

Professional screen mirroring systems are perfect for businesses – and the technology makes it easy to share presentations or reports, brainstorm, and collaborate in a meeting room or huddle space – without having to pass a cable around to switch presenters. Most companies use a simple button system, where a presenter plugs in a button – then taps to present their content on the screen. It's easy – reliable – and intuitive, enabling the meeting to stay focused on content rather than hassle with loading and running apps on their devices. The most popular ones also enable you to interact on a touch screen with a Windows computer and can support both AirPlay and Miracast for mobile devices.

For K-12 and higher education collaboration, screen mirroring systems are rapidly replacing complicated and expensive cable-based systems. With a wireless screen mirroring system, you can connect up to four different sources on the screen at the same time – using either transmitter buttons, application, or standard screen mirroring protocols such as AirPlay or Miracast. The best part is that you can present from anywhere in the room – perfect for flipped classrooms with mobile displays.

Movie lovers can stream movies right from a Blu-Ray player – but gamers and event managers appreciate the ability to switch sources with the tap of a button. Switch from screen to screen in a gaming tournament, or switch back and forth from childhood photos and videos, and live camera feeds at a wedding reception. Because the InstaShow HDMI buttons switch instantly without any software – it can easily replace an expensive HDMI switcher for event venues.

How to evaluate a screen mirroring system

Setting up a screen mirroring systems can be as easy as connecting a receiver and putting transmission buttons on the meeting room table. On the opposite end of the spectrum, some screen mirroring systems that use a corporate network require extensive port configuration, changes to Quality of Service (QoS), and testing to ensure the corporate network performance is not adversely affected.

The other element is what the user has to do to use the system. For example, do they need to log onto a special network to use AirPlay, Miracast, or a proprietary app– or can they connect via a transmitter? Also, some companies “lockdown” their notebooks and don’t allow any additional applications to be installed by the user. If your meeting room has visitors – look for a screen mirroring system that avoids having to load software on the computer before using.

Criteria #2 - How easy to switch presenters or sources

One advantage of screen mirroring systems over traditional cables is the ability to either switch presenters on display – or have multiple presenters share content on display at one time. The best systems enable you to and intuitively switch presenters with a touch of a button on a transmitter. Software programs can also be easy to switch – but can be a challenge if you want to use a device such as a media player or camera. Look for a system where you can use either a transmitter button or application that enables you to quickly switch presenters in a room without having a complicated process.

Criteria #3 - How secure is your screen mirroring system?

While traditional cables are typically secure, not all screen mirroring systems are secure. For example, a home entertainment screen mirroring system may be fine for broadcasting a movie for your media room, the lack of encryption could enable a hacker or employee to wirelessly “listen in” on a confidential salary review presentation at a startup. Other screen mirroring systems that use the company network may open the door to malicious hackers who take control of passwords – or even deny service.

There are two security concerns for screen mirroring.

Content Risk – effective collaboration involves the free exchange of ideas and data – in a confidential meeting. Since wireless screen mirroring involves broadcasting data wirelessly, you want to make sure your spreadsheets, presentations, and reports sent to the screen cannot be received by an unauthorized employee or other bad actors. Imagine having an executive salary review or reorganization session re-broadcast or recorded by a disgruntled employee.Look for a between the transmitter and receiver screen mirroring system that uses advanced encryption . For example, the BenQ InstaShow system encrypts all the transmissions from the device before transmitting it to the receiver. By contrast, many home entertainment screens mirroring systems and some lower-cost commercial systems don’t encrypt the data – increasing the risk of someone gaining access to confidential information.

How much do they cost?

Like all technologies, the cost of screen mirroring will vary depending on the type of product and usage model. For example, you can use an AirPlay with an Apple TV for just a couple hundred dollars – or spend up to $4000 on a secure button-based system designed for a corporate meeting room.

In general, the less expensive systems typically can be more complicated to use with multiple presenters, and may not have many security protection features many organizations are looking for. Other features such as interactive touchback, 4K support, and the ability to support different types of devices generally cost more – but can make your meetings more effective – lowering your meeting room cost.Finally, several screen mirroring systems have extended subscription plans for software updates to ensure adequate security and new features. These subscriptions can cost as much as $400 per year per device.

Here is a comparison of popular screen mirroring systems ranging from a basic Miracast system to a more complicated commercial system.

Where can I learn more about screen mirroring?

The BenQ InstaShow platform makes it easy for everyone to effectively collaborate by enabling them to instantly present from nearly any device.  It uses the popular button approach to simply connect to your computer, camera, or media player by plugging in a button.  No software, no network, and with the InstaShow S, you can have four different presenters mirroring their screens at the same time.