The Barco ClickShare CS-100 and BenQ InstaShow WDC-10 are two market-leading wireless presentation systems that physically connect to a presenter’s notebook to enable them to wirelessly share projectors and flat panels in huddle spaces and conference rooms. So what is the difference between these two models and which one is right for your meeting space?

We will look at both products to evaluate:

- How easy is it for visitors to use?
- What connectors do they use?
- How secure are these systems?
- Other factors you may want to consider

Visitor Ease of Use

Most company meeting rooms and huddle spaces host a constant array of customers, vendors, consultants, bankers and other corporate visitors that will need access to the wireless presentation system to share content. Which system is easier to use for a visitor?

The BenQ InstaShow does not require any software or application to be loaded on the notebook. The visitor simply plugs in the button to the notebook and begins presenting. 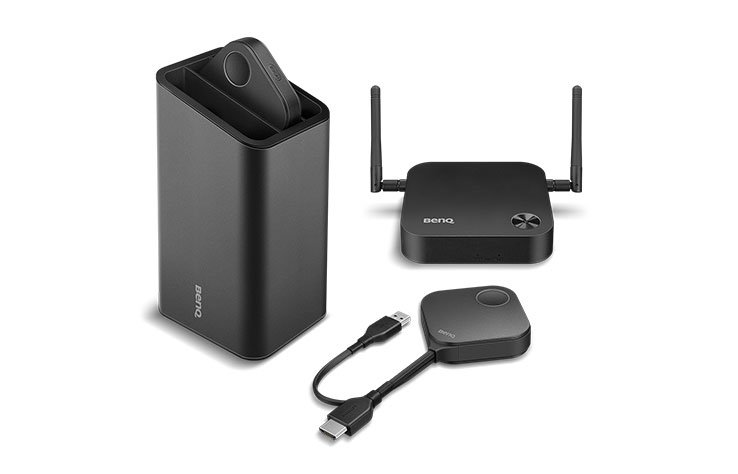 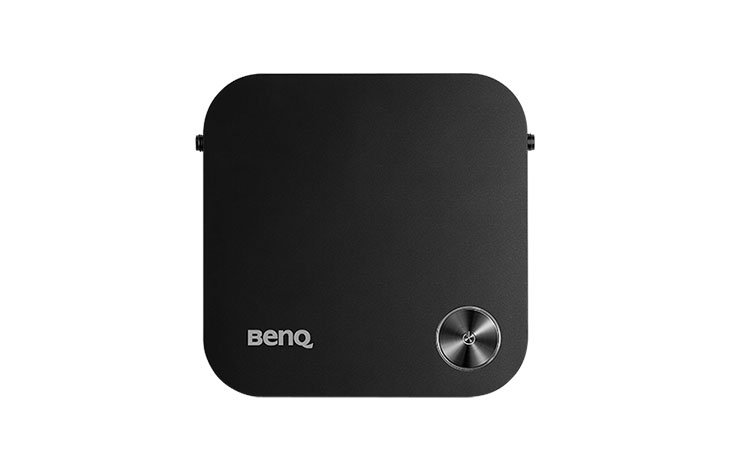 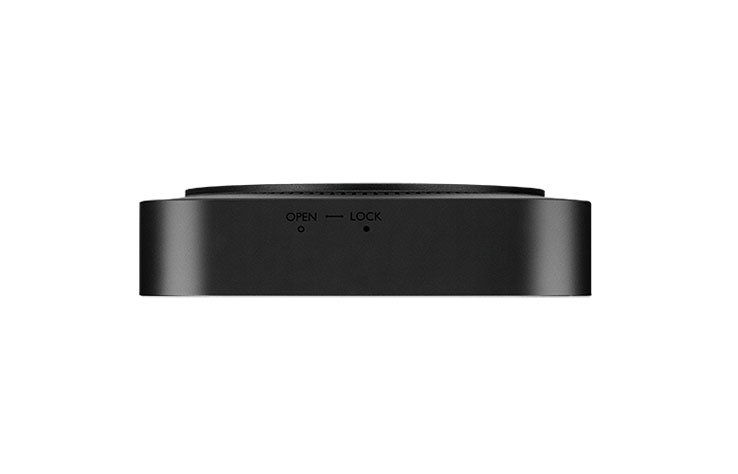 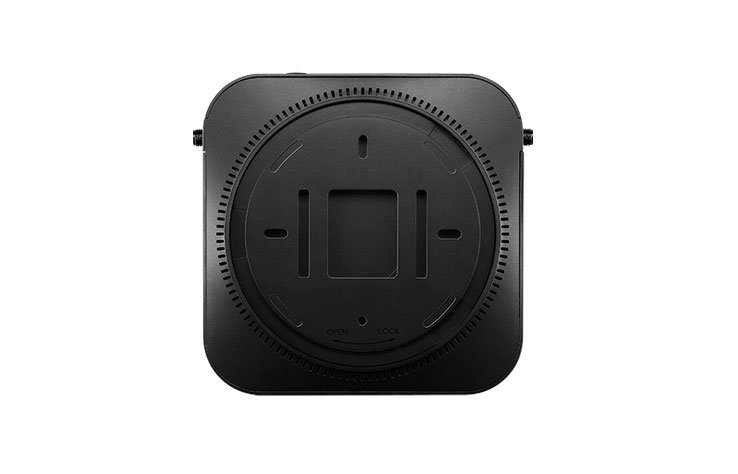 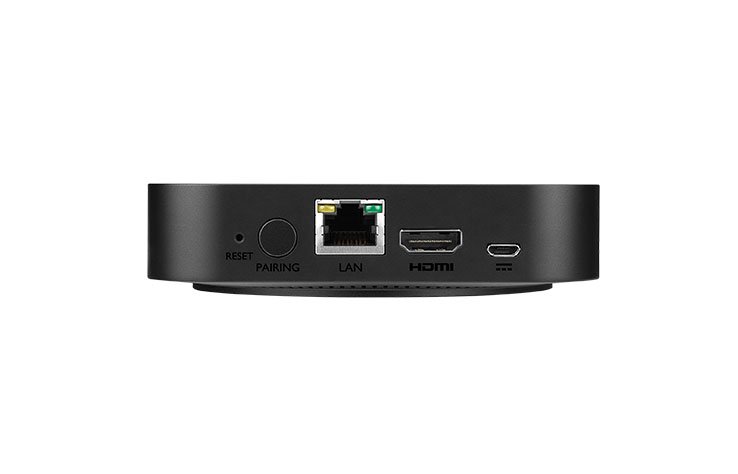 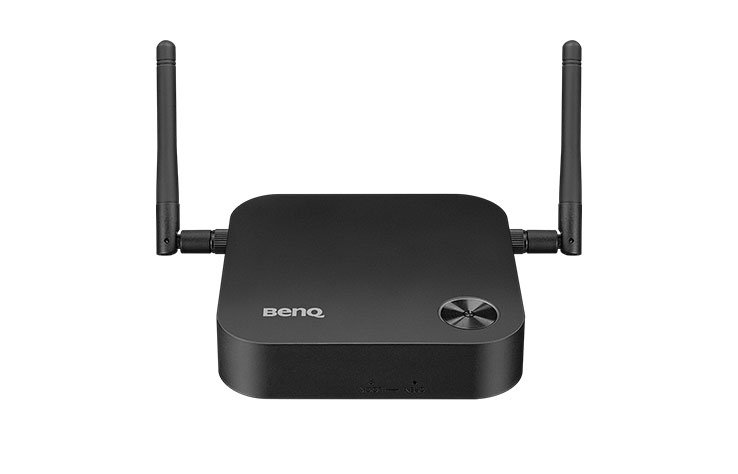 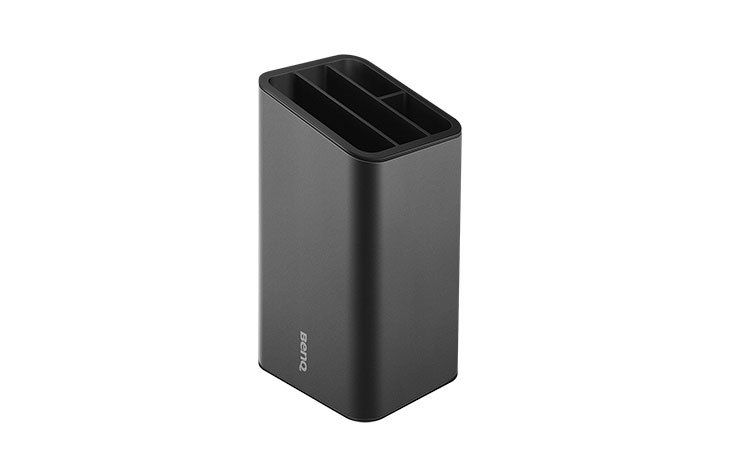 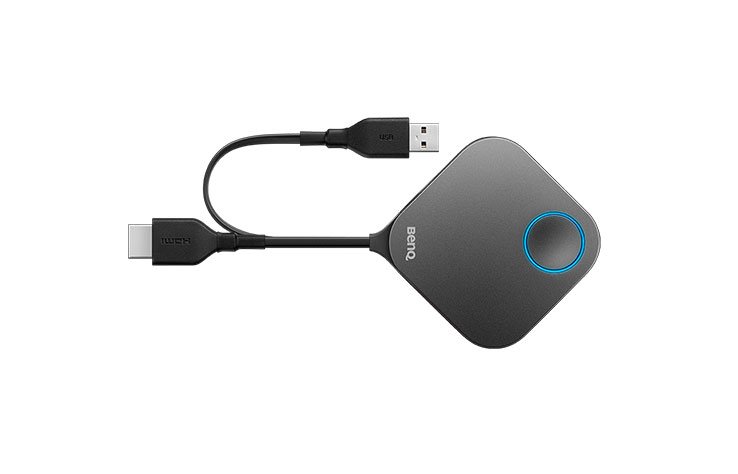 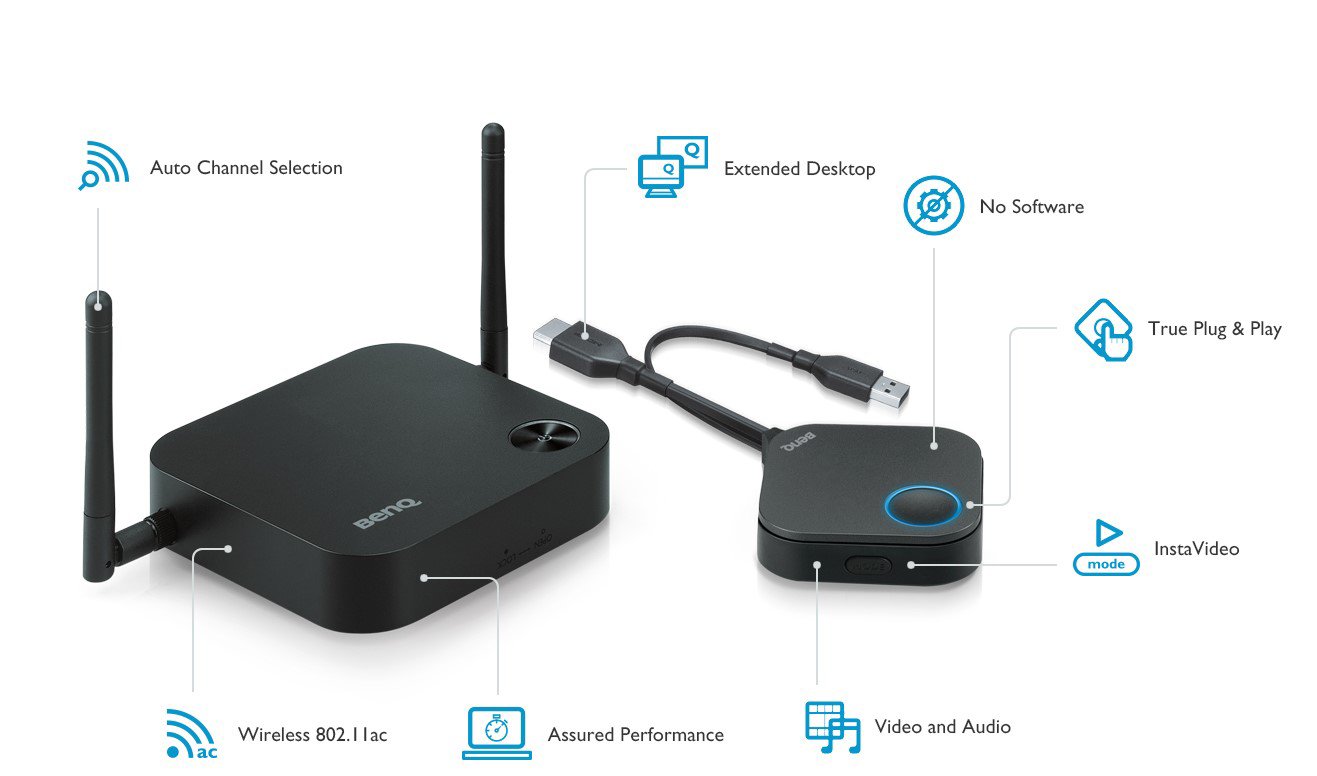 Ease of Use Summary

Both systems are easy to use, but the BenQ InstaShow app free design eliminates the need for visitors to load software onto their notebooks, enabling a simpler and intuitive usage by corporate visitors.

What connectors do they use?

This system has both USB and USB-C buttons available to enable a notebook running the ClickShare app to connect to the receiver. The ClickShare app runs on the notebook in the background and handles the video data conversion and other tasks needed for the system to work.

The InstaShow has both HDMI and USB-C buttons available to support nearly any notebook and any legacy AV device with an HDMI port. The USB-C supports newer MacBook and similar notebooks that provide video over the USB-C via ThunderBolt 3. The HDMI version is powered via a USB cable which enables the InstaShow HDMI button to work with other devices such as a Blu-Ray player in a meeting room environment.

Both systems have multiple button offerings to connect with nearly any notebook, including the newer USB-C models such as MacBooks. Both systems allow the mixing of both USB-C and HDMI / USB buttons on the same receiver. The major difference is BenQ InstaShow does not require an app to be loaded onto the notebook, enabling a button to be used with other HDMI equipped AV devices such as a Blu-Ray player, television receiver, or media player. (picture with other devices)

How secure are these systems?

Meeting rooms and huddle spaces share lots of confidential and sensitive information, and consumer wireless HDMI systems can be vulnerable to hackers who view or record wireless presentations. How well do these systems project company IP from hackers?

The Barco ClickShare has a number of security protections to safeguard content. The system does not rely on corporate network connections to work and encrypts the wireless transmissions between the buttons and the receiver. However, some highly secure environments do not allow any third party software to be run by notebooks, which would limit its use in these situations. Barco produces a detailed security guide that can be found on their site.

The BenQ InstaShow is also designed to provide security and protection of content. The system does not require any network connections and uses WPA2-PSK technology to encrypt the wireless transmissions between the buttons and the receiver. Because no software is needed, it is easier to use with locked down notebooks. BenQ produces a detailed security guide that can be found here.

Both systems are designed for high levels of security needed in commercial environments, using advanced encryption to protect wireless content from being seen or recorded by unauthorized users. Both systems can operate independent of the corporate network and have detailed security guides outlining the steps taken to keep content safe. Because the BenQ InstaShow does not need any software applications, it can make it easier to deploy in highly secure environments that do not allow for any third party software to be used on notebooks.

Both the BenQ InstaShow and Barco CS-100 products are worldwide market leaders in the wireless presentation market and used in both small and large organizations. The table below highlights some additional factors such as industrial design, how many presenters can use the system, and other setup factors that may be helpful in your decision.

Both the Barco ClickShare and BenQ InstaShow are secure, easy to use wireless presentation systems that will fit into any corporate or educational environment. Both have about the same street price and are deployed in both large and small companies around the world. The BenQ InstaShow differentiates on its app free design, eliminating the need for software to be run on a notebook before use. The InstaShow also provides instant collaboration out of the box with more buttons and award winning table top button holder that will grace any huddle space or conference room table.

How to Setup InstaShow to Maximize Wireless Security