There is a living room with a projector. 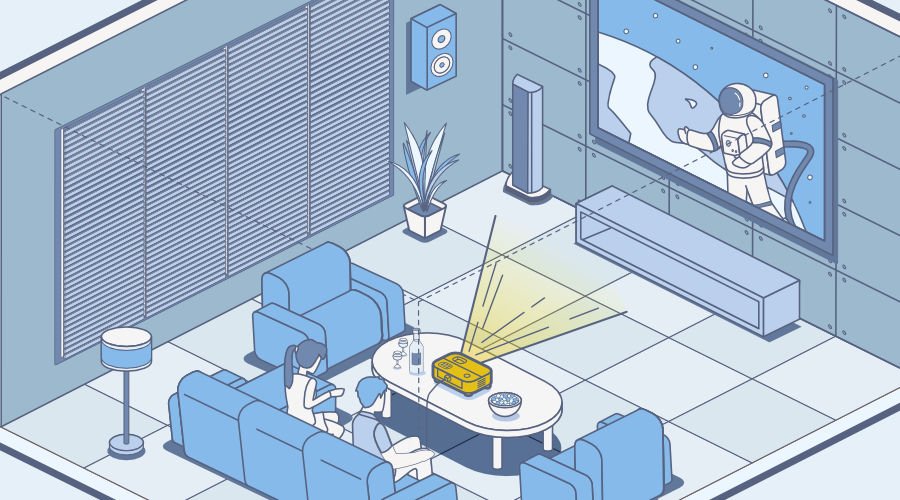